On Sunday (July 2), Campbell rocked the Navy-Marine Corps Stadium in Annapolis, MD, for Military Appreciation Night. He performed a series of hits including “Keep Them Kisses Comin’,” “Outta My Head” and “Outskirts of Heaven,” ramping up with “Fish” just before the impressive fireworks display.

The next morning (July 3), Campbell stopped by the Washington DC VA Medical Center to visit with and lift the spirits of hospitalized veterans. He gave them a sneak peek at a new tune, “Talk Country To Me,” and played a Garth Brooks’ song that he co-wrote, “All-American Kid.”

On July 4th, Campbell’s breathtaking rendition of “American Anthem” could be heard nationwide during NBC’s Macy’s 4th of July Fireworks Spectacular broadcast. The ballad saluting our veterans was featured in the patriotic musical score, synchronized to a dazzling 25-minute pyrotechnic display over the Hudson.

Campbell is currently playing select shows nationwide and will join Luke Bryan’s HUNTIN’ FISHIN’ AND LOVIN’ EVERY DAY TOUR on August 8. When not touring, Campbell is in the studio working on his third studio album – and his first on RED BOW Records – which features his lauded, moving single, “Outskirts of Heaven.” 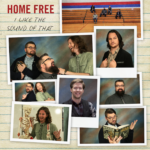 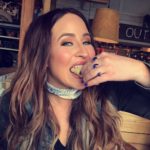