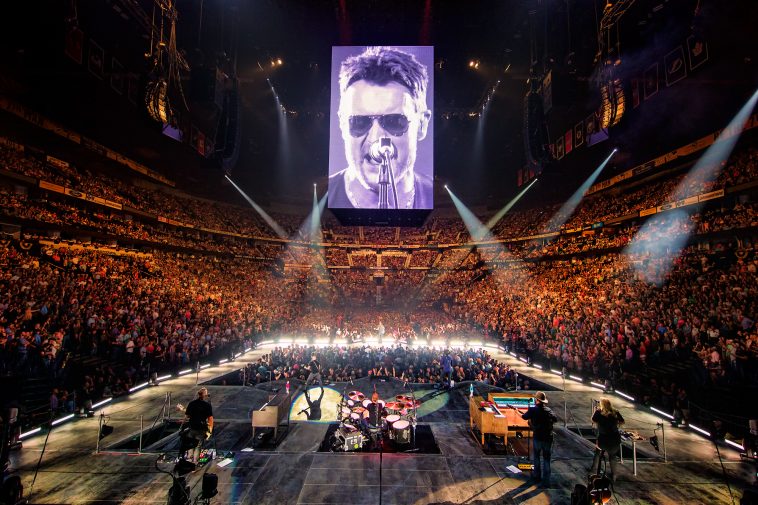 Eric Church fans have come to expect a transcendent experience when they attend one of his concerts. Friday night at Bridgestone Arena – the first of a two-night, sold-out hometown stand that wraps the Holdin’ My Own Tour – Church built a record crowd into a frenzy with the help of the East Nashville Magnet High School Choir as he closed show opener “Mistress Named Music.”

“Yeah, I’m married to a dream with a mistress named music,” the gathered throng sang in unison, nearly 19,000-strong record-breaking rocking Bridgestone Arena like the hometown Nashville Predators did just a few days ago in the same venue as they clinched a spot in the Stanley Cup.

Church told fans he promises attendees at every show the band will give everything they have. On Friday night, the visibly pumped singer-songwriter promised to take it further and made a simple request.

“I think it’s safe to say we’re going to give you more than we have over these two nights,” Church told the roaring crowd. “I just need you to meet me halfway.”

Of course, none of this is new for Church or his fans. Nashville has been full of milestone moments over the years and this weekend’s two-night hometown stand at Nashville’s Bridgestone Arena marks the frenzied end of the cross-continent Holdin’ My Own Tour. Over 900,000 fans have made it the No. 1 most-attended music tour in the world in 2017 (Pollstar) with sell outs in of each of the more than 60 shows he’s played since January.

Church has greeted each new crowd with a marathon set list and nearly four hours of music, playing more than three dozen fan favorites and deep cuts alike in a fully immersive experience that includes an intermission and no opening act. Friday night, while performing the title track of his fifth studio album, Mr. Misunderstood, Church brought out now-15-year-old McKinley “Mickey” Smay, who appears on the album’s cover, to jam. Church’s congregation responded in their usual overenthusiastic way.

Church drew a new arena record 18,996 fans Friday night, breaking February’s 18,514 set by Bon Jovi. That record broke Church’s previous Bridgestone mark of 18,411 set Jan. 10, 2015. The singer has a chance to break his new record again Saturday night with another sold-out show, the 62nd and final of the tour. Church set the mark using a 360-degree stage and audience configuration and despite canceling 2,214 tickets for the shows previously listed on the secondary market. 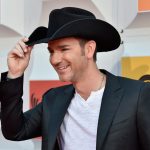 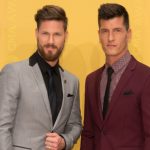