Country sensation Billy Currington is set to release “Do I Make You Wanna” off his sixth studio album, Summer Forever (Mercury Records Nashville), on Monday, November 21st. The single marks his fourth off of the album since its release.

“Do I Make You Wanna” was produced by Dann Huff and written by Ashley Gorley, Zach Crowell, Matt Jenkins, and Jerry Flowers.

‘“Do I Make You Wanna” is perfect for this time of year. Leaves are falling, and the temps are turning cold.  The year is coming to an end and it all just makes you want to lay back and take it easy.” Currington says of the track. He continues, “Just like the feeling I got when I first heard this beautiful song. One of my favorite demo’s that I got to listen to while riding around in my truck. It was a song I absolutely wanted to record for the love side of the Summer Forever album.”

Recently, the platinum-selling, ACM and CMA nominated artist, marked his 11th career #1 single with “It Don’t Hurt Like It Used To” from, Summer Forever. Currington’s series of chart-toppers include “Don’t,” “Good Directions,” “Let Me Down Easy,” “Don’t It,” “Must Be Doin’ Something Right,” “People Are Crazy,” “Pretty Good At Drinkin’ Beer,” “That’s How Country Boys Roll,” “Hey Girl,” and “We Are Tonight.” 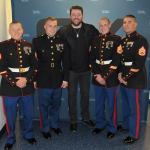 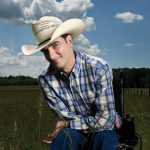