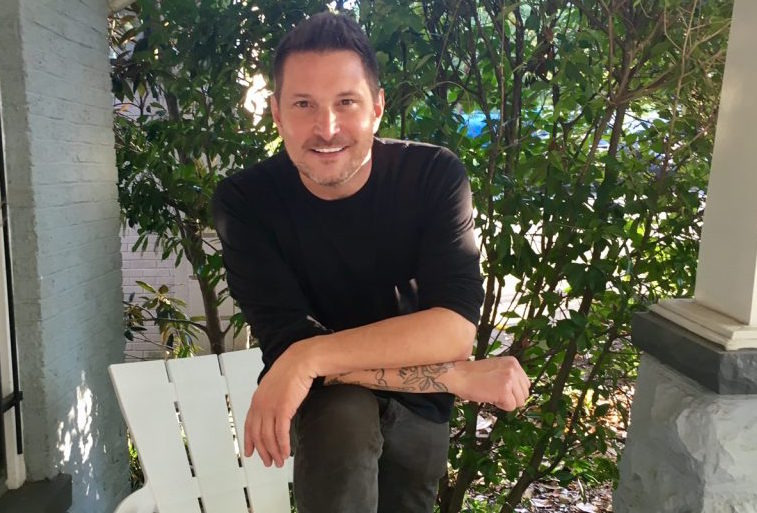 After announcing his return to Sony Music via BFD and Sony/RED Distribution, country recording artist Ty Herndon is making sure his comeback will be a great one.

Herndon’s 20-year career has resulted in an impressive string of hits, which includes four number one’s, such as “What Mattered Most,” “Living in a Moment,” “It Must Be Love,” and “Loved Too Much,” as well as numerous top ten hits, including “I Want My Goodbye Back,” “Loved Too Much,” “A Man Holding On (To a Woman Letting Go),” and “Hands of a Working Man.” With 20 Billboard charted songs to his credit, numerous industry awards, and more than 5 million albums sold, Ty Herndon‘s journey is reaching new heights with his forthcoming album, House On Fire, which will be released this Friday, November 11th.

“I really have evolved, but its not surprising to me because I have evolved as a human being,” Ty Herndon tells Celeb Secrets Country exclusively in regards to House on Fire.  “To be able to put that in to music, I just hadn’t gotten that far down the road in production. I’ve grown a lot in production, and have grown miles as a human being. I feel like I’m walking in the shoes that God meant for me to walk in at this point in my life.”

Not only did Ty know he wanted to be musician at a young age, but he also knew he wasn’t like other boys growing up. Herndon was gay, and is currently the only openly gay male country artist in Music City. He hopes his journey will help others be who they are and not feel pressured to thinking being different is a bad thing.

“If I had the opportunity to go back and be authentic, my life would be so different today, but I wouldn’t have a story to tell. I think the stories that people are able to tell when they have a challenge in their life, saves lives. I understand my journey completely now, so the one thing that scared me the most about people knowing who I am, was I thought that I wouldn’t be able to do country music again,” Herndon explains.

“I believed my whole life that I wouldn’t get to love God, country music, or do what I love in a genre that I loved with all my heart. I was taught that. Many kids and grown ups are taught lessons that turn their lives in to chaos. For me to be able to be the guy to tell people a different story is completely magical. I found out that I can be gay, make country music, and serve God. I have a story to tell, so those are the shoes that I walk in today. You can only live to be a certain example. Take in the positive, let go of the negative, and don’t read in to the haters,” he continues.

Celeb Secrets Country had the opportunity to listen to House on Fire prior to its release, and one of our favorite songs is “Just Friends.”

“I have always had this career with love songs and positivity and spirituality, but I really not have gotten to write about things that I was pissed off about. Mainly relationships. I did not ever get to sing about that,” Herndon says about the song.

“So “Just Friends” was one of those songs that all of us have been told so many times. You go out on a date, and they came back and said they really like you, but lets just be friends. Its happened to me quite a few times, but this one particular time I said nope, that’s not going to work for me, I want to be more than just friends. And it worked, I ended up being in that relationship for some time. The flip side of that is “If You” when it did not go my way. You are in a relationship for awhile and then you find out you’ve been lied to or that person wasn’t exactly who you thought they were. We’ve all been there. It was really fun to sing. Walker Hayes did a great job with writing it.” he states.

To be quite honest, we love every song off the record because they are so relatable; just about every person has gone through what those songs are about.

“We hear a lot of that on the radio too. I read and watch TV a lot, and I was noticing with the shows that they are so realistic with what is going on with people’s lives today. We used to want to watch a fairytale on TV and we wanted to hear the fairytale in music. But now people want real,” Herndon says in regards to making relatable music.

Whether you knew it or not, Ty Herndon has a book coming out real soon. He says it’s “full of fun secrets,” but since we are Celeb Secrets Country, we needed more than that!

“On my 30th birthday, I signed to Sony Music. I was doing my first album, and I got invited to Sting’s castle in France to write with other artists who were writing for their records. I was there with Patty Smyth, Brenda Russell, Cher — gosh there were a lot of people. Cher found out that it was my 30th birthday, so she chartered a trip for us to go to Paris, and we drank champagne on my 30th birthday at the top of the Eiffel Tower at midnight! There’s a little more to it, but you’ll have to read the book that comes out next year.”

For more information on Ty Herndon, make sure to keep up with him on Twitter at @TyHerndoncom.

Words by Juliet Schroder; reporting and photo by Isabel Baldinger. 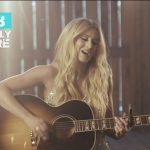 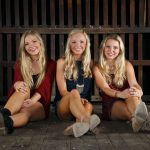