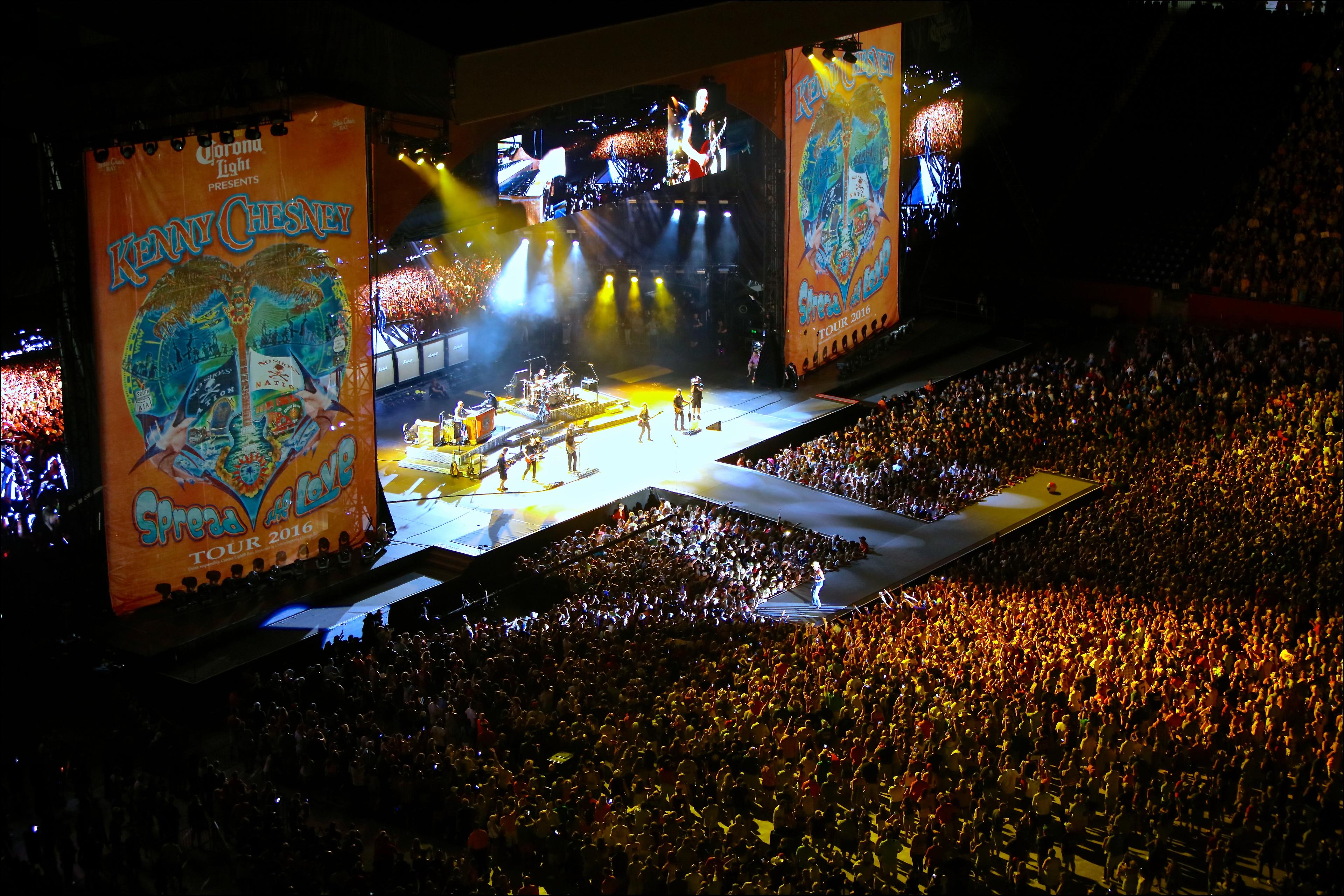 “The ups, the downs, the road, the shows – have been leading to… this moment,” Kenny Chesney told the crowd of 61,242 partway through “Beer In Mexico,” his second night set opener at Gillette Stadium. With his six-piece band rumbling like a ’72 muscle car, the the 8-time Entertainer of the Year’s 14th and 15th sold-out shows closed his Spread the Love 2016 Tour with a vengeance.

“This night in Foxborough and the past 48 hours, I just wanna say one thing: shut the door, best night of our touring life ever! Cheers everybody,” Chesney enthused after the show.

With the city extending their curfew to accommodate the final night, Chesney played surprises and did extra songs with his guests – and, during a mash-up of the Steve Miller Band’s “The Joker” and Bob Marley’s “Three Little Birds,” brought a young woman onstage in a cowboy hat. As the reggae classic lilted, Chesney removed her hat, revealing a bald head, then took off his own and smiling, rubbed his head against hers; then hugging her, he sang, “Every little thing’s gonna be alright…”

The crowd – who sang louder than the band in several places, throwing their hands back and forth throughout the night – erupted into massive cheers. The extended stints of cheering peaked with an almost two-minute burst of applause following “American Kids,” which prompted the songwriter/superstar to respond, “That is the loudest thing I’ve ever heard in my whole life!”

Considering last weekend’s show at East Rutherford, N.J.’s MetLife Stadium sold more than 56,000 and put him – after just five shows – in their Top 10 Stadium Draws since the ‘70s, alongside Bruce Springsteen, the Grateful Dead, the Rolling Stones, U2, Bon Jovi, Billy Joel and Elton John, Chesney’s two shows at Gillette Stadium this weekend were a whole other level of response.

Pulling “Guitars and Tiki Bars” out for the first time all tour, Chesney stopped the fan favorite after the opening line to announce to the crowd, “you know when I wrote this song, I had a beeper.” On a sweeping rendition of the Eagles’ “Take It Easy,” Old Dominion provided the signature sleek harmonies, while Miranda Lambert supplemented “You and Tequila” with a swing-leaning take on George Strait’s “The Fireman.”

As compelling as Lambert and Old Dominion were, if any “guest” stood out, it was the audience themselves. During the music-as-time-stamp “I Go Back,” the fans dug into the bridge and final chorus with so much passion that they made the song as much their own as the man whose name was on the ticket. Their vocalizing on the lurching-shuffle-meets-sea-shanty, “Pirate Flag,” was deafening.

With 14 stadium shows, Chesney’s Spread the Love Tour has seen him find a new level of intensity this year. Over both night’s  two-hour shows, he and his band played songs from all facets of his career – from early hits like “How Forever Feels” to mid-career No. 1s “Don’t Happen Twice” and “Young,” to contemporary chart-toppers “Somewhere With You” and “Til It’s Gone.”

“This is why we do this,” Chesney offered, “this right here. To play for people who love music so much, who commit so completely to what’s in these songs, who scream and shout and cheer like these fans! When you can find fans like that, you wanna do even better than you think possible… and with the No Shoes Nation, who we named right here, it really does inspire us to reach for new heights, possibilities…” 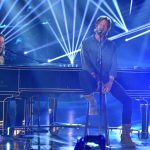 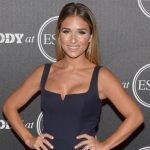