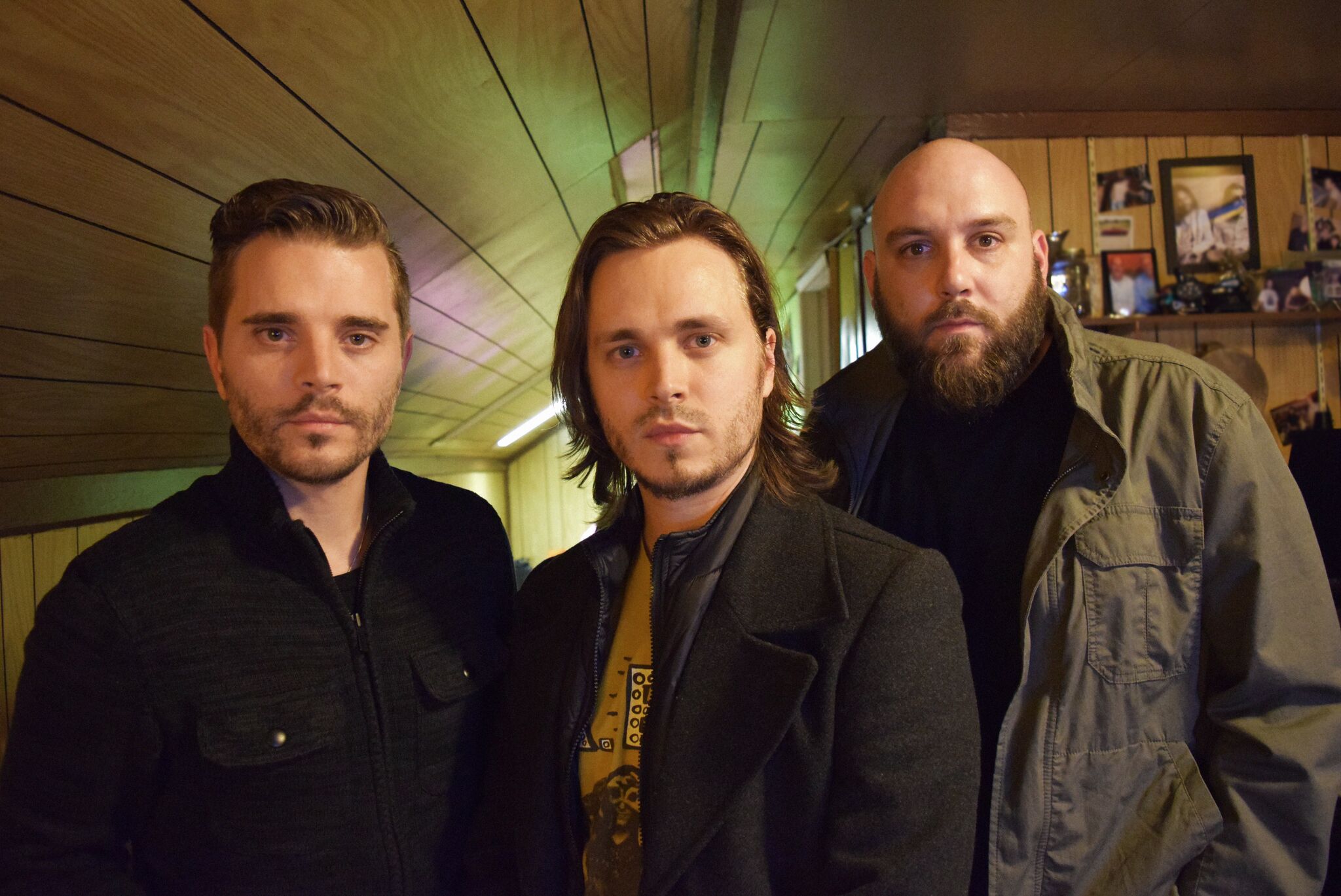 Just like his character Avery Barkley on Nashville, Jonathan Jackson has been busy putting together an album (his own!) and touring across the country.

Jackson and his band Enation are getting ready to release their first new music since their 2014 album Radio Cinematic. Their new EP, titled Blame-shifter, which was produced by Grammy nominated producer Greg Archilla, will be available for purchase on May 13 and will feature five new songs plus a cover of “Unchained Melody” that was performed live from The Grand Ole Opry. The new songs will also be a part of their next full length album, which we will hopefully hear more about later this year.

For this release, the band decided to be fully independent again, so they could be more interactive with their fans. They created a PledgeMusic pre-order campaign that allowed their fans to be a part of the making of Blame-shifter. 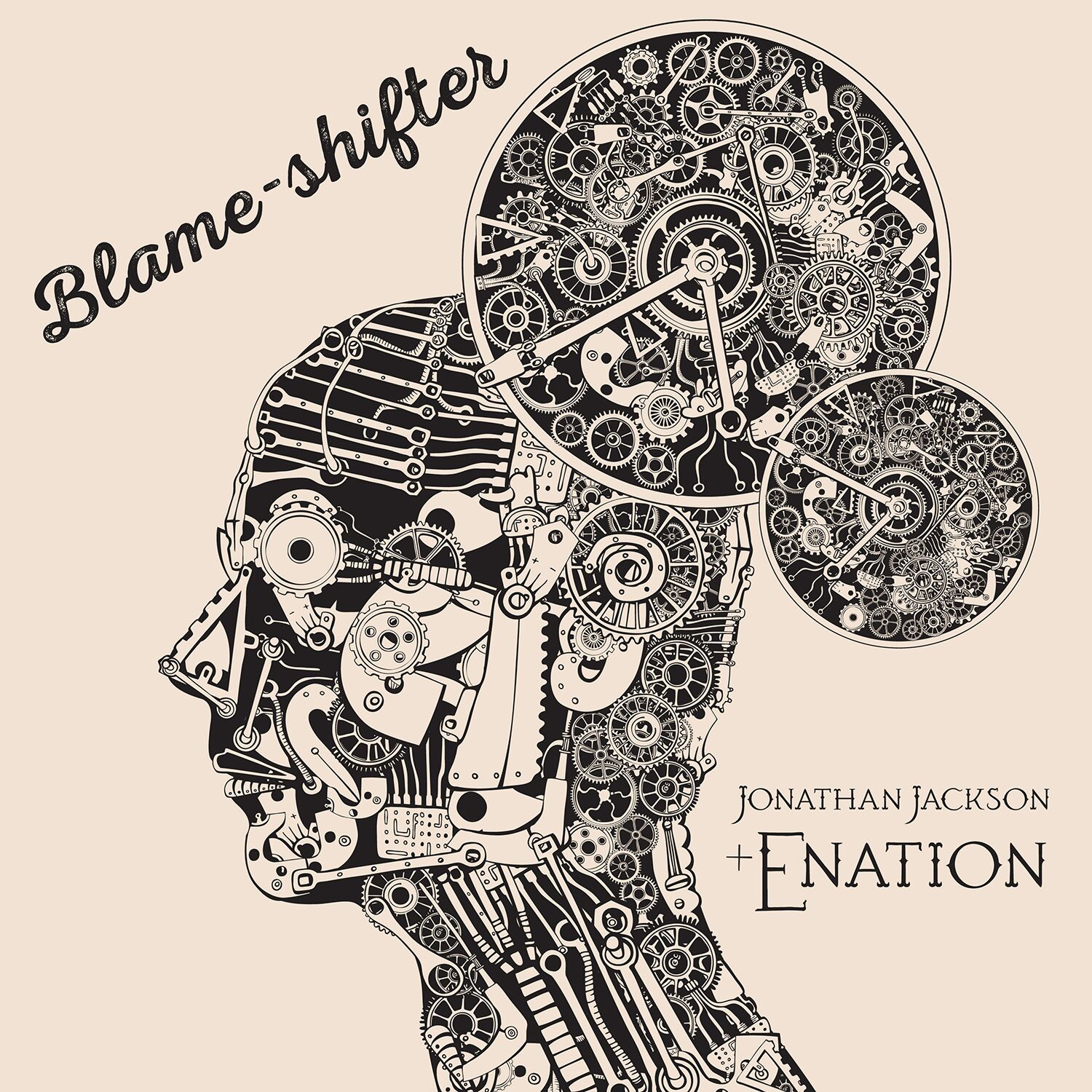 On top of the new EP, Jonathan Jackson + Enation will also kick off their own tour on May 15, after Jackson finishes his solo tour dates with Nashville In Concert.

Celeb Secrets Country spoke with Jackson about his new EP and the decisions that went into putting it together. He also talked about his current and upcoming tours, his character’s new relationship on Nashville and whether or not he’d co-write a song with his cast mate, Charles Esten, so make sure to check out our exclusive Q&A with Jackson below!

Blame-shifter will be available May 13, and don’t forget to watch Jackson in a new episode of Nashville every Wednesday at 10:00pm ET on ABC.

CSC: You have your Blame-Shifter EP coming out May 13th. Can you tell us a little bit about the process behind the EP? How long did it take you to put it together and why did you pick those songs?

Jonathan Jackson: “It’s different for different songs. A couple of them on there, “Ascending” and “Let the Beauty Out”, are songs that we’ve been playing for quite a few years actually and had kind of changed and been developing in our live shows, and one of the things we wanted to do with this album is really capture more of the live energy of what we do, so bringing those songs into this EP just felt great, and then “Blame-Shifter”, the title track, was a brand new song and that really also was just a high energy, 3 piece hard rock band kind of song, so you know, some of them were developed over a course of years and others were developed just very quickly in the studio and in the rehearsal time. The whole recording was off and on for a couple months.”

CSC: Your song “Unchained Melody” is a live performance at the Grand Ole Opry. Why did you choose to put the live performance on the EP? And do you remember the first time you ever played at the Opry?

Jonathan Jackson: “The first time I played there the Opry was at the Ryman Auditorium for a few months, so it was at the Ryman Auditorium, but it was a very special evening. The first song I did there was an Elvis gospel song called “You’ll Never Walk Alone” and I grew up hearing my dad sing a lot of Elvis gospel music, so I dedicated it to him. In terms of having it on the EP, we were really excited about, you know, just kind of those two worlds – we grew up in the Northwest where there’s a lot of alternative rock going on with Pearl Jam and Nirvana and all that kind of stuff, and yet, we also grew up listening to a lot of Elvis and Roy Orbison and Don Williams and more roots, country and gospel music – so it just kind of felt like those two worlds had come together with us living in Nashville for the last four years, and it just kind of seemed right to connect it with the project.”

CSC: Out of all the songs on the EP, which is your favorite? Which was the hardest to write?

Jonathan Jackson: “It’s tough to say which one is my favorite. It kind of changes. I would say “Blame-shifter” and “Alleluia” are probably up there as my two favorites. In terms of the one that was most difficult, boy that’s a good question, it would probably be “Let the Beauty Out”, but all of them kind of came together relatively well. There was never really a, you know, and partly because we’d been playing a couple of those songs for a few years. Maybe that was why “Let the Beauty Out” was harder because we were making changes to something we’d been playing for a long time, so we were excited about the new direction that the song was taking.” 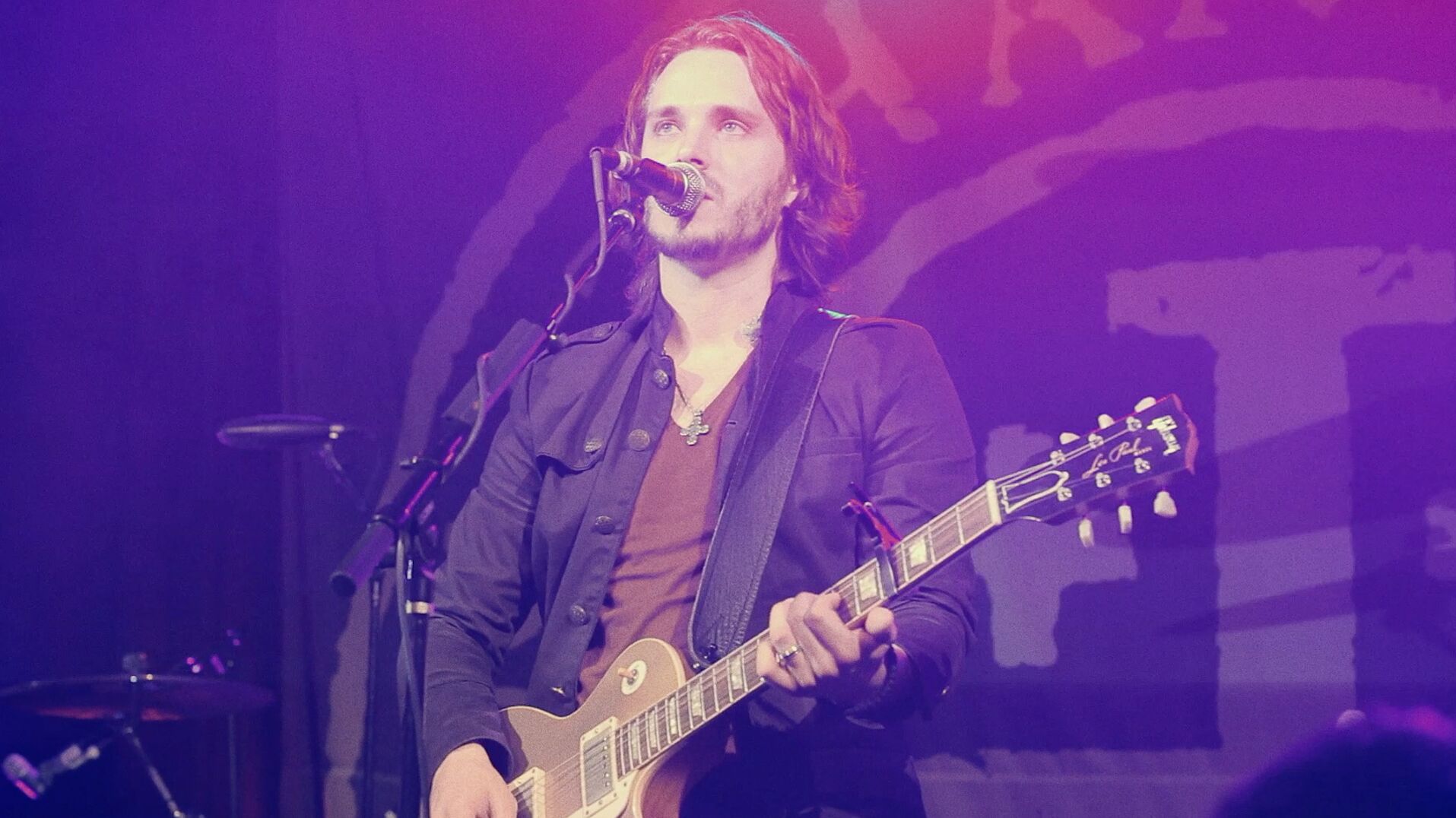 CSC: You went completely independent again to make this EP and you got the fans involved in the process. Why did you decide to go that route?

CSC: You plan on releasing a whole album as well. Are you already preparing songs for the album? Do you know when that will be released or are you just focusing on the EP right now?

Jonathan Jackson: “A little bit of both. We’re definitely focusing on the EP right now, but we have the second half the record pretty much mapped up, but we’ll need some time to actually get in a rehearsal space and fully arrange the material. I’m hoping to record the second half of the album within the next five months. In terms of releasing it, I’m not really sure. It might be sometime in 2017.”

CSC: You’re finishing up Nashville In Concert in a few days and then you’re going on tour with your band later this month. How is it being on tour? How will the two tours be different?

Jonathan Jackson: “Well, it’s been great being on tour. It’s been a lot of fun working with the cast in this capacity. It’s become kind of a family of sorts over the last few years. It’s just a lot of fun and getting to play with Colin Linden and these incredible musicians they have in the band has been amazing. You know, there’s certain things that are very different than touring with the band and other things that are really similar, but I kind of love both. With the band, I’ve been touring with them for a long, long time, so it kind of feels like home, and then with the show, it just feels like a different home of sorts, but I love watching everyone perform. That’s probably one of the most fun parts for me is getting to see my friends go out there and seeing what they can do is just very inspiring.” 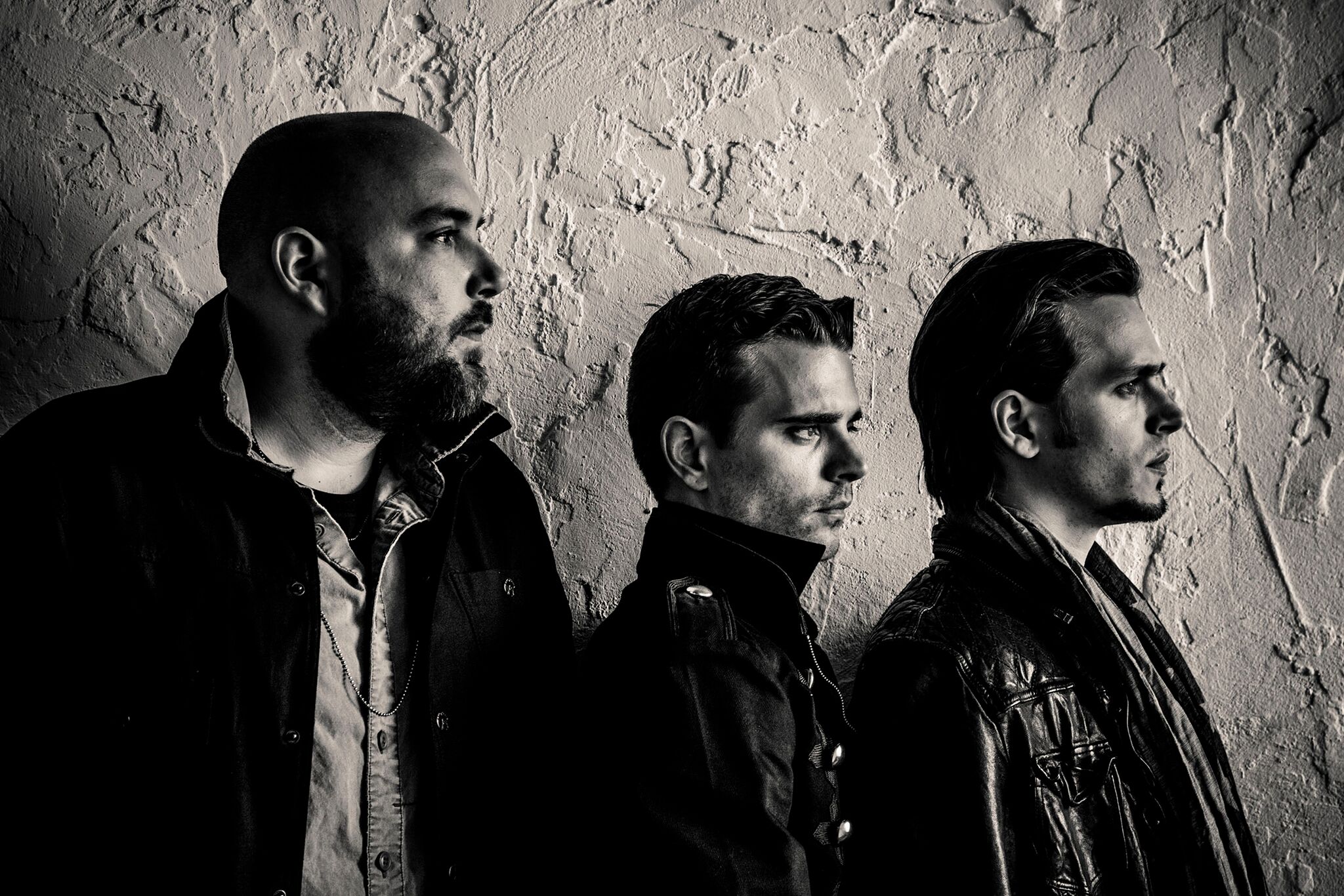 CSC: Can we expect to see any of your own music on Nashville?

Jonathan Jackson: “I’m not sure actually. It’s always a possibility. How they pick the songs and where they come from is something that’s not really up to us. I know Chris Carmack has a song of his that he co-wrote that’s going to be in the season finale, which he’s performing on tour, which is really cool. I’m not sure. I had a song of ours that was on the show in season one but I’m not really sure how the whole process works for that. It’s always kind of up in the air, if there’s a season five, if they would take it in a different direction, so yeah.”

CSC: Your character Avery has been dealing with a lot of emotions when it come to his child and Juliette. How is it having to channel those emotions every episode? How is it working with Hayden Panettiere knowing she actually went through what her character went through on the show?

Jonathan Jackson: “Well, the emotional content of the show has been pretty heavy and that certainly can become exhausting at times, especially when you’re doing 21 or 22 episodes of a season, it can get kind of heavy. In terms of working with Hayden, I love working with her. She’s just amazing. She’s so gifted as an artist, and we’ve both been working in the industry since we were young kids, so we kind of share that experience. But we were all really excited to have her back and she just elevates every scene that she’s in.”

CSC: How do you feel about Avery and Layla? Do you like the new relationship?

Jonathan Jackson: “For me as an actor, I kind of stand on the sidelines in terms of what the stories are and what the relationships are. I was asked the same question when Avery and Scarlett were together and then he was getting together with Juliette, you know, when you’re on a series, your character goes through so much, I’ve always kind of tried to stay away from trying to be a cheerleader for one story or the other. I know the general consensus with the audience is wanting Avery and Juliette to be together and the fact that they have a child together would certainly be a good thing.”

CSC: Charles Esten said he’d like to co-write a song with you. Do you think that could possibly happen?

Jonathan Jackson: “Oh for sure. Yeah I would love that. I saw that on Twitter for the first time too (laughs). No, we’ve been talking about it on tour. We’ve been trying to find a time to sit down and write together. We haven’t accomplished it yet but hopefully soon. He’s such a great actor and musician and songwriter and everything. I love Chip. He’s written some really amazing songs and it would be an honor to write with him.” 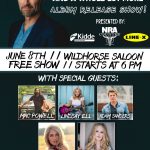 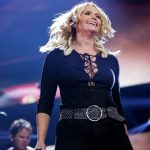