Reba McEntire is now managing her own career! After 25 years of being managed by former husband, Narvel Blackstock, the pair have now also split professionally. McEntire and Blackstock divorced in 2015.

McEntire revealed that she was now president of Reba’s Business Incorporated (RBI), and had retained some of her longtime team members. “I thought it was a good time now to break free from management,” she said during Tuesday’s Change the Conversation event at the Bluebird in Nashville.

McEntire’s team at Starstruck will now serve as RBI, of which McEntire will serve as president. Carolyn Snell, who has been McEntire’s tour manager for the last nine years, will be the associate manager of RBI as well as tour manager.  Leslie Matthews will be the brand manager, Justin McIntosh is the vice president, creative and marketing and Theresa Connelly is a controller.

McEntire says, “Everybody [at the label, Nash Icon,] was so excited that we were excited and wanting to do things we hadn’t got to do before.”

We can’t wait to see where Reba takes her career next and are eager to find out what her team will be doing that they’ve never done before! What do you think? Tweet us your thoughts! 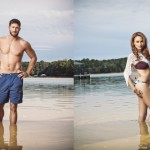 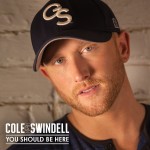