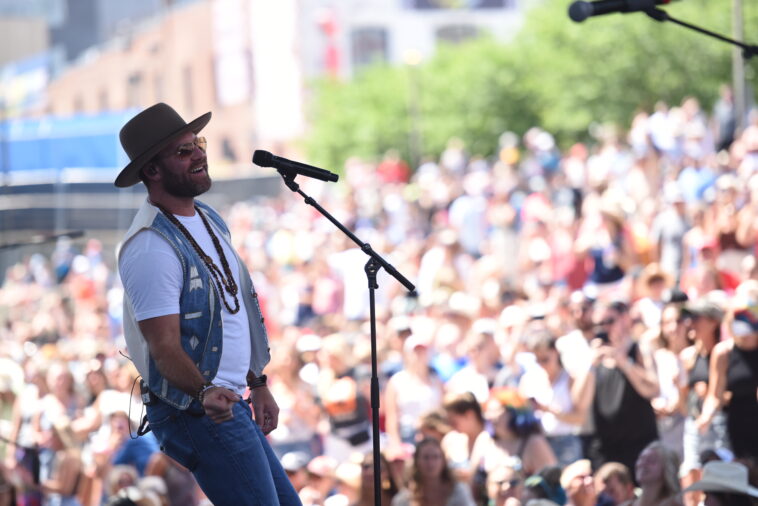 Drake White performs at the Riverfront Stage on Saturday, June 11 during CMA Fest 2022 in downtown Nashville. Courtesy of CMA.

“Let go and let God” is Drake White’s mantra for the year of 2022. After living the last two years  in recovery, he has a new perspective on life.

In 2019, White suffered from a stroke on stage in Roanoke, VA which left him paralyzed on the left side of his body.  Doctors said it would be a long road to recovery to relearn his basic skills like walking and talking, meanwhile, the country artist was already setting his sights on something greater.

“I was already talking about getting back to the stage and they were like…  *listen to audio here* ‘let’s walk first,” White told Celeb Secrets Country reporter Blakely McHugh backstage at the 2022 CMA Music Festival earlier this summer.

He had to go through intensive therapy to relearn how to walk, talk, keep conversation and do what he loves — play music. Throughout it all, he kept a positive attitude, knowing that his mindset and his faith in God would prove to be his greatest assets in his recovery.

Not to mention, White knew he still had a lot of life to live and goals to hit.

“I haven’t had kids yet, or packed out Madison Square Garden, or won a Grammy yet. So I mean, there’s a lot of stuff I got to do,” he said.

Once he was healthy enough, he got to working on those goals. He started writing music via Zoom during the pandemic, documenting his healing journey.

“Hurts The Healing” was the first song he wrote when he got back into the virtual studio. It details his pain of going through something challenging but finding the other side healed.

“I wrote every day. I told my management, I said, ‘I want to put out a record and I want to do it on our terms and [on] my time.’”

From there, his 14 track sophomore album The Optimystic was born. A fitting title for someone who had to rely a lot on optimism after his diagnosis.

The spelling of the album title wasn’t a grammatical error either, although it could’ve been since White shamelessly admits he’s “not a very good speller at all.” It was done on purpose, playing off of the word mystery.

“I literally just spelt that word out and it was like, optimystic: the art of staying, keeping your beer half full through the mystery of life.”

A beautiful rendition of the word and its meaning because life for awhile was a mystery. He found himself asking: “‘Was I going to walk again?’ ‘Was my window of opportunity gone?’ ‘Will I still be able to have kids?’”

The Arkansas native took his powerful record on tour selling out his final show at Brooklyn Bowl in Nashville, TN. A moment which signified, he made it to the other side.

“It was kind of a stamp, our stamp that we were made it. We made it through this because we have to so many precautions with my blood pressure and with my brain.”

While he’s not back to his pre-stroke self, he’s arguably in a better place than before. Maybe not physically, but emotionally.

He’s looking at life in a new way, ensuring he enjoys the little things, lives in the moment, and making sure he looks at his glass of *beer* half full.

Drake White is heading back out on the road playing all summer long in the U.S. and the U.K.

Let us know your reactions to White’s journey back to the stage by leaving a reaction at the bottom of the post or by sending us a tweet at @CS_Country. 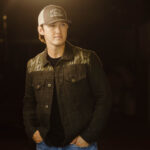 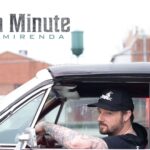