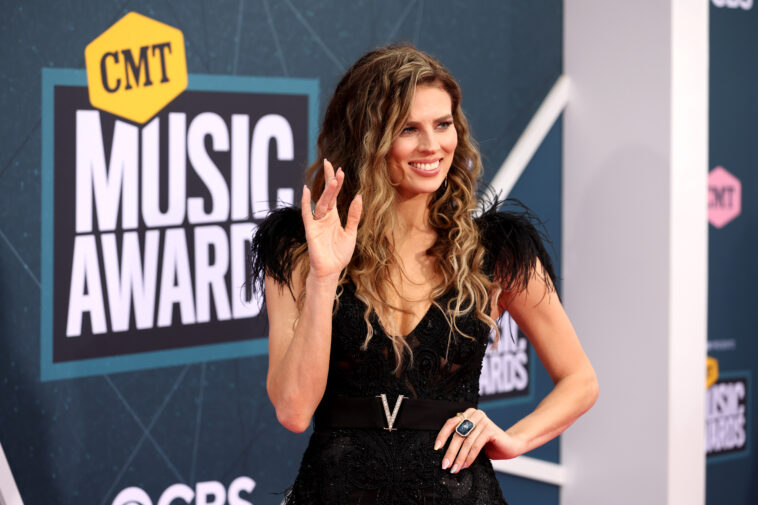 Mark your calendars! Twinnie will be releasing her four-track EP Welcome To The Club on Friday, June 3.

The new album produced by Twinnie, Ben Johnson and Johnny Reno, has some of the most true and honest lyrics we’ve ever heard and we can’t wait for the world to experience them later this summer.

While speaking with Celeb Secrets Country host Juliet Schroder on the red carpet at the 2022 CMT Music Awards earlier this month (April 11), Twinnie said that her upcoming EP “is about being inclusive and everybody feeling like they can be authentically themselves,” which she thinks we “need more of.” She wants this EP to stand for self-love, self-confidence and acceptance for all.

“It’s about celebrating each other,” she tells CS Country.

On Friday (April 22), the British country songstress released a song from the project called “Dying Inside,” and fans have been absolutely loving it. The three-minute tune resonates with many of us, as it talks about feeling like you have to smile through pain and put on a show despite other feelings you may be facing. The lyrics to the song are so relatable and she sings them with such passion; it will definitely have you singing along from the moment it begins.

On release day, Twinnie took to Instagram to showcase all of the amazing feedback she has received, posting “Overwhelmed with the amount of love and support this song has received. Thank you from the bottom of my heart.”

In addition to dropping the song, Twinnie also released an accompanying music video that adds to the song drastically. In the moving visual below, you see the artist go from seeming like she is happy around a group to how she is really feeling inside, with tears coming down her face.

Directed by Twinnie herself, taking the reins to both star and direct was something she described as a challenge.

“I’m kind of a control freak so that’s annoying sometimes, but to have the creative freedom — I guess no one sees your vision like you see it,” she shared.

“It’s so rewarding when you’re setting up these scenes and you’re like, ‘this is what we have to film’ and then you see the end product and you’re ‘like I did that,’ and that’s so great.”

Commenting on the entire project, Twinnie said, “I wanted to write a collection of songs that highlight mental health issues whilst also celebrating everyone’s differences, and I hope I’ve achieved that with this record. Welcome to the Club encourages everyone to break free from what holds them back.”

Twinnie’s new music was all written, recorded and produced in Nashville. She opened up to Celeb Secrets Country about how special the city is and the opportunities it’s given her.

“I just saw my first billboard in Nashville the other day on the Nashville sign so these are all really great moments,” Twinnie revealed with a smile. “I was like ‘Oh my gosh, that’s me!’ I was like a little kid because you work so hard for so long and then to see something like that just affirms everything you’ve been doing. It’s not a small thing. Coming from England, being a British female, I was like that’s pretty cool. It’s something I can tell my grandkids one day.”

This summer is set to be an exciting one for Twinnie, as she teased that she “may” have a tour coming up, but plans to head back to the UK for some arena shows this year. In addition, Twinnie will perform a set during the 2022 CMA Music Festival in Nashville and at Bonnaroo in Manchester in June.

For more on Twinnie’s music, check out our interview with her from the 2022 CMT Music Awards below and don’t forget to share your excitement for Welcome to the Club EP by either leaving a reaction at the bottom of the post or by sending us a tweet at @CS_Country.

You can presave Welcome to the Club HERE. 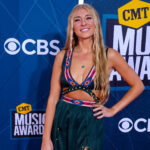 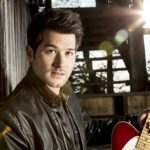