After a two year hiatus, the 2022 CMT Music Awards return LIVE and in-person tonight! The ceremony is just a few hours away and Celeb Secrets Country is here to prepare you for the amazing event.

The biggest fan-voted country award show is taking place in the heart of country music, Nashville, TN. Each nominee has put their all in creating stunning visuals to accompany the beautiful musical stories they are trying to tell, and they will be honored with awards and performances during the ceremony tonight beginning at 8PM ET/5PM PT.

To make sure you are fully prepared for the awards, celebrity appearances, standout fashion moments and beyond, Celeb Secrets Country put together a cheat sheet on all things CMT Music Awards. From a complete list of celebs making appearances to where to watch and more, this list has got ya covered.

GIVE us a follow on Twitter @CS_Country and IG at @celebsecretscountry, as we’ll be live-tweeting and Instagramming the best moments from the eventful night!

What are the CMT Music Awards?

The CMT Music Awards honor country artists and the amazing music videos they have made in the past year. Celebrated for its high-powered, world-premiere and cross-genre performances, the CMT MUSIC AWARDS have aired live since 2005, delivering Nashville’s biggest party to music fans across the globe. The award show is entirely fan-voted, and each artist’s biggest supporters were able to vote for this year’s favorites on CMT.com.

How can I watch the big show?

You’re not going to want to leave your couch when the CMT Music Awards air today (April 11) on the CBS Television Network coast to coast beginning at 8PM ET/5PM PT, with additional streaming options on Paramount+.

If you can’t get enough from the show tonight, CMT will be airing a CMT Music Awards Extended Cut with even more performances and bonus content on Friday, April 15th at 8 p.m. ET/5 p.m. PST exclusively on CMT.

Red carpets are back, baby! The CMT Music Awards will host their red carpet outside the Nashville Municipal Auditorium in Music City, and fans will be able to get in on the action (and see the amazing fashion) during the network’s special preshow.

In the hour leading up to the 2022 CMTMA, hosts Cody Alan, Carissa Culiner and Ashley ShahAhmadi welcome a steady stream of country music superstars as they arrive at country music‘s only entirely fan-voted awards show.

Jordan Davis is set to kick up the energy on the CMT red carpet with a live performance of his #1 hit “Buy Dirt” and more, and it will begin at 7PM ET/4PM PT on CMT.

Back in March, CMT revealed that Kelsea Ballerini and Anthony Mackie were on duty to emcee the annual award show at its new home on CBS. Unfortunately, earlier this morning (April 11), Ballerini took to Instagram to share that she tested positive for COVID-19 and would have to co-host the show from the safety of her own home.

“Alright friends, I have some bad news, and I have some good news. The bad news is that a couple of days ago I tested positive for COVID and the CMT Awards are tonight, so unfortunately I cannot be there in person anymore and I am devastated,” Ballerini said in the video.

She went on to explain that the good news is she is “feeling a lot better” and CMT has been there to help her. “The incredible CMT team and my team have brought part of the CMT set to my house, to my little bubble, and set it up to where I can still host and perform. It is certainly not what we had expected or planned for, but we are doing our damn best. … Let’s make some lemonade together out of these very bitter lemons.”

Immediately after Ballerini revealed she was not attending the show in person, CMT announced that former co-host and 4x nominee Kane Brown would be “graciously” stepping in to help emcee Mackie for the night.

“I’m honored the team at CBS and CMT asked me to step in as a co-host and I am so glad to be back again hosting for a bonus third year,” Brown said in a statement according to ABC News. “Everyone has been working hard to put on an amazing show for the fans and I’m excited to get to work with Anthony and Kelsea and have a great night that celebrates country music.”

Who will be performing?

It’s a big night for a lot of artists this year! Newly-announced co-host Kane Brown leads this year’s voting pool with four nominations, including “Video of the Year,” “Male Video of the Year” and “CMT Performance of the Year.” Co-host Kelsea Ballerini, Mickey Guyton and first-time nominees BRELAND and Cody Johnson follow close behind with three each, with Tenille Arts, Priscilla Block, H.E.R., Paul Klein of LANY, MacKenzie Porter, Elvie Shane, Caitlyn Smith and Brittney Spencer receiving their first CMT recognitions this evening.

Additionally, Carrie Underwood, who has an incredible 23 wins at the CMT Music Awards, is nominated for the night’s biggest honor for her collaboration with Jason Aldean for their song, “If I Didn’t Love You.” If she wins tonight, she can add yet award to her growing collection, making her one of the most decorated artists that the show of all time. You can view a full nominee list here.

What else do I need to know?

Celeb Secrets and Celeb Secrets Country will be on the red carpet chatting with nominees, performers and special guests, so you’ll want to make sure you’re following both our Instagrams at @celebsecrets and @celebsecretscountry for a behind-the-scenes look at what it will be like on show day for our team of reporters.

Additionally, the final three nominees for the coveted “Video of the Year” award have been announced with fan voting now open via Twitter, using artist-specific hashtags, for the night’s biggest trophy. The nominees are: 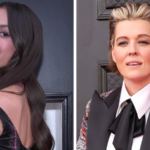 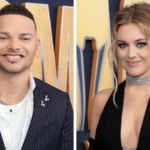