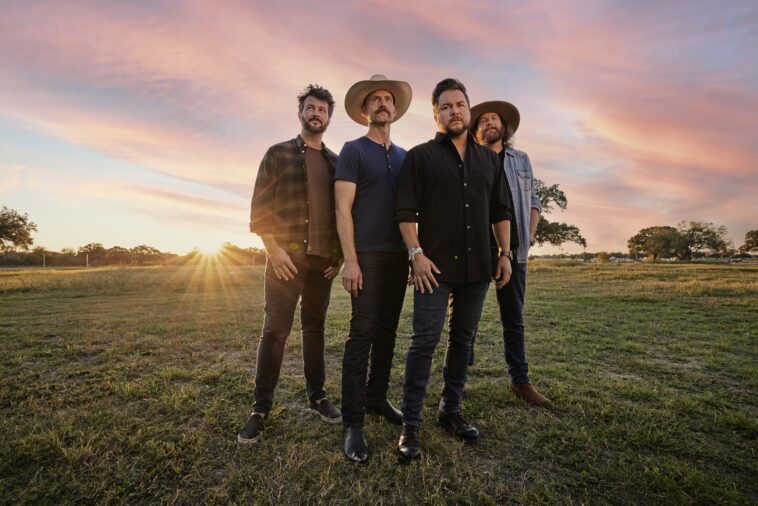 In a quaint college town just 36 miles north of Dallas and Fort Worth – there was a theory class in session with two music majors tirelessly trying to get a degree. While James Young and Jon Jones buried themselves in books to receive satisfactory grades, the two constantly found themselves struggling with the idea of whether or not to start a band.

The classroom vision slowly started to become a reality when Jones and musician Chris Thompson moved out of the University of North Texas dormitories and rented a home in Denton. After inviting Mike Eli to join in and make music, the world-renowned group known as the Eli Young Band formed.

In a rundown garage named the “Jam Room,” – Mike Eli, James Young, Jon Jones, and Chris Thompson was carefully crafting their recognizable sound that would eventually change their lives forever. Following graduation, “breaking up” was certainly not a topic of conversation with the foursome.

Guitarist Jon Jones recently told Celeb Secrets Country that their main priority from day one was to create goals together and how they now reflect on their growth. “We were always setting big goals. At the time, those big goals were definitely much smaller in comparison to big national things,” Jones shared while laughing. “When you’re starting out, and you’re in college, the things that matter are so different. For instance – making money, playing music, selling out shows, getting a tour bus…those were like big lofty goals. I mean, my goodness graduating from college was one of the biggest.”

Over the course of their career, Eli Young Band became multi-platinum and award-winning musicians due to the rapid success of their chart-topping hits – “Love Ain’t,” “Drunk Last Night,” “Crazy Girl,” and “Even If It Breaks You Heart.” Yet, it wasn’t a prestigious accolade or a roaring crowd that nudged them to recognize their place in the country music space, but it was a simple invitation to play on The Tonight Show with Jay Leno.

“For the four of us growing up, late-night TV was how you saw new music. You know…on MTV or CMT, and if you stay up late enough, you can see the band at the end of the night. If you get that far, you have ‘made it,'” said Jones while reminiscing on the pinch-me-moment. “We were backstage just talking about all of our memories of watching shows growing up and different bands or remembering specific performances. That was one of those times, and that was just such a cool memory.”

As Jay Leno took a chance on the budding band, Jones also credits a small town sticky bar in Chicago called Joes On Weed Street for helping them get off the ground. “We have a lot of history there, as the owner brought us up. When we had no shows between Texas and Chicago, we would get in our van and drive all the way from Texas to play at Joe’s,” he revealed. “He really helped us build a fan base, and he is a really big part of our story of helping us expand our base,” he adds.

Even with multiple Grammy nominations and Award show wins under their belt, the well-respected artists still return to the Windy City to perform in the low ceiling bar. In fact, they thought it would be the perfect venue to kick off their 2022 run and test out their recently released single “Love Talking.”

“I can’t think of a better place to test out the new show. Chicago is a very forgiving audience, and they know us pretty well,” he said. “We spent the last couple of days rehearsing down in Austin and just totally revamped our show. I think that will bring a whole new level of energy that we have been needing to our show. We have all this great new music coming out, and I just felt like it was time to just start fresh.”

Just days before Eli Young Band embarked on their 19-city trek, the hitmakers released “Love Talking,” a perfect preview of their forthcoming record. The lyric-driven melody penned by Jeffrey East, Eric Arjes, and frontman Mike Eli shares a story about a guy who did not need the liquor courage to tell his love interest his true feelings.

“It’s a cool vibe, and it’s a cool theme. I mean, there’s only a couple general themes that you talk about in music, and love is probably 80 percent of what’s on the radio,” Jones pointed out. “We have done it in a slightly different way, and this song feels like the next chapter. We have been putting out music over all these years and certain songs and projects really feel like they’re elevated from anything we’ve done before – and this is definitely one of them,” he adds.

“There are several great songs on this record,” he said, full of excitement. “We kept it light because we figured there’s enough not light stuff going on in the world right now. You have to have that release, that escape, and we want our music to do that,” he concluded before teasing potential collaborations.

With the LP release date not set in stone just yet, the Eli Young Band has its eye on some Texas talent that they would like to join forces with. “There’s some room for collaboration, and we don’t have a timeline yet. So, there’s definitely time to go in and cut a couple more songs. The four of us have been working as the four of us for so long that when you bring any outside influence in – we just eat it up.”

Although they could have any Nashville newcomer, Jones stressed that they would like to pick a rising act like Cody Johnson from the state that they proudly “stuck their flag.” While Eli Young Band fans wait patiently for their full-length album to drop, they can stream their two teasers, “Love Talking” and “Lucky For Me.”

Let us know what you think of the love-centric ballad by dropping a reaction below, or let us know if you see Eli Young Band live and in-person by sending us a tweet @CS_Country. 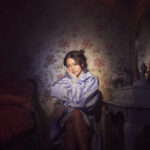 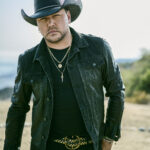