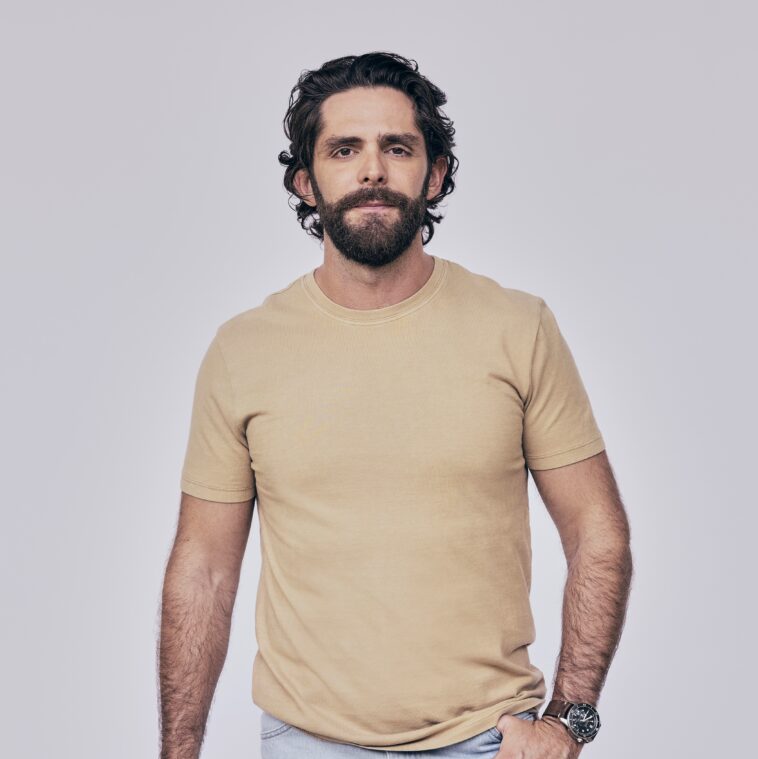 Multi-platinum trailblazer Thomas Rhett has announced the upcoming release of his sixth studio album, Where We Started. The album, due April 1, 2022, holds a tracklist of 15 songs with incredible range.

Bloomed from an organic experience, Rhett shared in a press release that the inspiration for writing this album came from his return to the road.

“It was like, ‘Dang, it’s been a year since I’ve done this in front of people. And news flash – people still want to party!'” Rhett said in the release. “My brain just started to be in tempo land. We started writing, and suddenly this record morphed into a whole different project.”

And after sourcing and funneling that inspiration, Rhett now has what fans can consider an “Unforgettable” little slice of “Heaven Right Now.”

Songs on the new album include the already released fan favorite “Slow Down Summer” and a few noteworthy collaborations with Katy Perry, Riley Green, Russell Dickerson and Tyler Hubbard.

Reflecting on these collaborations, Rhett shared in a media session that while some of them seemed like a no-brainer, others came as a wonderful surprise. The country artist shared that having Katy Perry in on “Where We Started,” a tuneful track about looking to the past for answers on the future, was not something he ever expected.

“… I don’t know how this happened but having Katy Perry feature on this was mind-blowing to me,” Rhett said. “Allison Jones at the label sent it to her and she immediately was like, ‘When do I put my vocal on it?’ and I’m sitting there going, ‘Really?’ Like it, like I think my mind was just kind of blown. I’ve always been such a fan of hers and to have her on here I think really escalated the emotion of that track and you know, it’s a song that I think a lot of people are going to be able to relate to and a lot of people are really gonna enjoy.”

Rhett further explained during the session that having the chance to see Perry’s vocals in action on this project only furthered his admiration for her.

“When she put her vocal on it, it took her like two weeks,” Rhett said. “She really put a lot of time and effort into this vocal and it’s one of the best, I mean she’s an incredible singer, but this kind of reminded me of how amazing of a vocalist she is and I just feel like it really came to life…”

With so many great elements to this studio album, it’s hard to pin down what Rhett is most excited for fans to hear. When asked by Celeb Secrets Country, the artist shared that his favorite aspect of this project is a tie between the lyrics and sounds that compose it.

“I think both if I can say that, because I think lyrically this record is extremely well written and maybe I’m biased, but I do feel like we really dug in on the deeper tracks and we wrote from a place of severe honesty,” Rhett said. “Songs like ‘The Hill,’ songs like ‘Angel,’ songs like ‘Mama’s Front Door,’ these are songs that I felt like were the songs I was writing at the beginning of my career and now have turned into something that I feel like I can put my stamp on and be like, ‘We really did a great job writing those songs.'”

Rhett said that with such versatile sounds to this album, the record holds a rollercoaster of emotions for fans to feel while they listen.

“And I think from a sonic standpoint, this record is extremely versatile and I feel like if you enjoyed, you know, my Center Point Road album I think you’re gonna really enjoy this record as well. Lot of just great songs that remind you of your past and also a lot of songs that make you wanna party and those two coming back to back to back to back, to me, make for a really unique listening experience and so I think when you listen to this record down I don’t think you’re gonna get bored. And that’s always my biggest goal, is to make sure my kids don’t get bored with my records because that’s very easy for a five-year-old to do.”

Rhett said that the album “took it to a new level” sonically and is one he thinks “a lot of people are going to enjoy.”  We predict the father of four will be right when it comes to fans enjoying this new incredible song collection.

Celeb Secrets sat down with Thomas Rhett (virtually) to learn more about what musical elements make up this enticing new album. Check out the full interview below!

Where We Started is set to release on April 1, 2022. For those eager to get in on the music, fans can pre-order the album starting today (Jan. 14) right here. Those who pre-order will instantly receive two songs off the album titled “Angels” and “Church Boots.”

Don’t forget to let us know what you think of Where We Started once it releases by sending us a tweet @CS_Country. 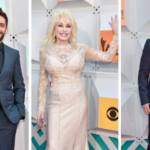 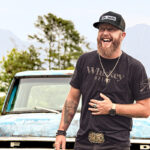