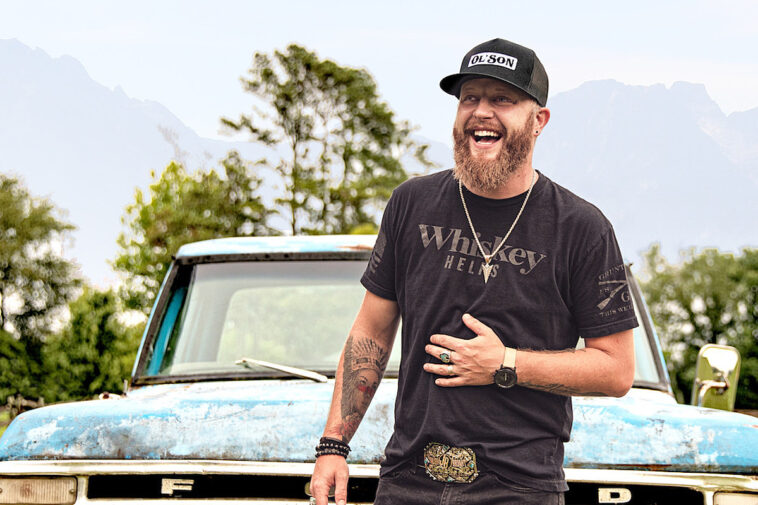 Jacob Bryant is back with new music!

The Georgia native and budding country singer — who originally used music as a healing mechanism — released his new album Bar Stool Preacher today (January 14) and shared with Celeb Secrets Country that its inspired by his everyday life.

“I was inspired by everyday life. I’m a simple guy that just so happens to sing and play guitar. The creative process was a fun piece of this project where I found a lot of pride and joy watching the tracks come to life,” Bryant tells CS Country exclusively.

We sat down with Jacob (virtually) to talk all about “Heartbeat” and “Bar Stool Preacher,” and the creative process behind his work as well as what he hopes fans take from his music.

Check out the full Q&A below and don’t forget to let us know what you think of “Heartbeat,” by leaving a reaction at the bottom of the post or by sending us a tweet at @CS_Country.

Celeb Secrets Country: Hi Jacob, thank you for taking the time to chat with us. Can you introduce yourself and tell us a little bit about yourself for our readers who may just be discovering you?

CSC: Congratulations on the release of your latest single “Heartbeat!” How has that release been for you? And what has it been like watching so many people relate to the track?

JB: “It’s been amazing! We expected people to like it, but it really took off when it went viral on TikTok and got roughly 200k views in a matter of days. I’m super excited to watch it climb and grow.”

CSC: “Heartbeat” is an honest and open song, how did you decide that this was going to be your next release?

JB: “I only release real life type of songs and this one just felt right about where I’m at with my relationship with my wife Britney.”

CSC: Along with your latest single, you’re also getting ready for the release of your new album “Bar Stool Preacher” which comes out today (Jan. 14). What was the inspiration and creative process like for this album?

JB: “I was inspired by everyday life. I’m a simple guy that just so happens to sing and play guitar. The creative process was a fun piece of this project where I found a lot of pride and joy watching the tracks come to life.”

CSC: Do you have any favorite memories from making your new record, “Bar Stool Preacher?” If so, can you share them?

JB: “Every song is like another one of my babies, so I can’t really pick a favorite to speak on as far as the process of recording them. But I can say that this has been the most fun I’ve had cutting a record ever! A lot of cutting up and laughing in the studio made for a great vibe.”

CSC: You have a jam-packed tracklist of songs that everyone is sure to love; what was the process like choosing what songs made it onto this album and will we ever get to hear the songs that maybe didn’t make the cut?

JB: “It was so hard to narrow down the 13 songs that made the final record because as I mentioned before, they are all my babies. I picked what I felt had the best chance at radio and fan reaction. As far as releasing some of the unreleased music later down the line, we will have to see on that one.”

CSC: What do you hope fans take away from “Bar Stool Preacher?”

JB: “I just hope it brings joy and a moment of release to them as music does to me. I love getting lost in the music and cutting off the outside world for a while.”

JB: “I believe you can go to church anywhere. The Bible says, ‘where two or more are gathered in his name, that is church.’ There are songs on this album that talk about drinking and raising hell and songs about trusting the good lord. So, I’m the ‘Barstool Preacher.'”

CSC: If you could describe this album in three words, what would they be and why?

JB: “Yes! We will be releasing 40+ dates for the Bar Stool Preacher Tour very soon.”

CSC: Since we’re Celeb Secrets Country, do you have any secrets from making the album that we wouldn’t know just by listening to it?

JB: “Haha, yes actually. There is a beautiful horse in a picture with me on the physical album and vinyl that had just bucked me off on my back right before we shot the photos with it. So, I was a bit sore and embarrassed, but we got the shoot done and I’m glad the horse became part of the images we used because it reminds me that every time you get bucked off you get back on again and ride!”

LISTEN TO BAR STOOL PREACHER BELOW: 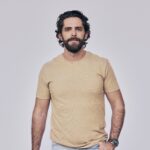 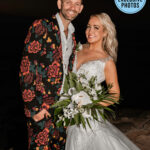