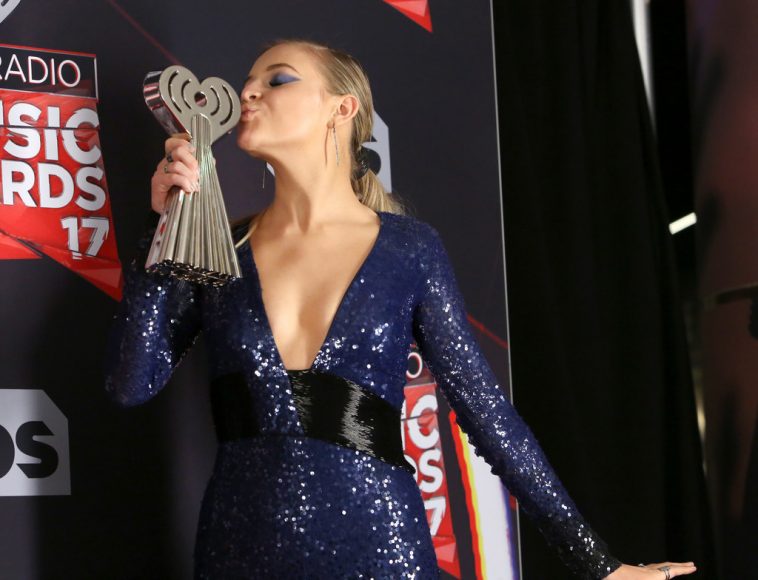 Turn the volume up, music enthusiasts, because the 2021 iHeartRadio Music Awards is happening in just one day!

Honoring this year’s most successful artists across all genres of music, the eighth annual award show will be hosted by Usher and feature performances by The Weeknd with Ariana Grande, Bruno Mars, Anderson .Paak, Silk Sonic, Doja Cat, Dan + Shay and Usher, plus a special presentation of the iHeartRadio Icon Awards to Elton John by Chris Martin and Lil Nas X with a tribute performance by Demi Lovato, Brandi Carlile and H.E.R.

Entering the night with the most nominations in country music is the one and only Luke Combs, Maren Morris, Luke Bryan, Blake Shelton, Gabby Barrett, and of course, the country turned pop-legend, Taylor Swift.

“Aside from all of the incredible music released over the last year, the 2021 iHeartRadio Music Awards will once again also celebrate the fans, giving iHeartRadio listeners the opportunity to decide winners in several new and established categories,” says iHeartRadio in a statement. Music-goers will have the opportunity to use their voice in “Best Fan Army,” “Best Lyrics,” “Best Cover Song,” “Best Music Video,” “The Social Star Award,” “Favorite Music Video Choreography Award,” and the very first “TikTok Bop of the Year Award.”

With that being said, we wish everyone could receive the iconic silver heart, but there is only one winner in each category. Therefore, the Celeb Secrets Country team studied up on their favorite stars, listened to each single, album on repeat – and now the 2021 official prediction list is ready for your eyes only. We are weighing in on this year’s nominees by sharing our thoughts on who we think will bring home an award during the live broadcast tomorrow.

Hosted by Usher, the 2021 iHeartRadio Music Awards air LIVE from the Dolby Theater in Los Angeles on Thursday, May 27th @ 8PM ET/PT on FOX, on iHeartMedia radio stations nationwide and on the iHeartRadio app.

Who We Think Will Win: This category has some stiff competition and while the country music fan within us are cheering for Dan + Shay, we don’t believe it’s their year. Therefore, we are expecting to see the Jonas Brothers or BTS score “Best Group of The Year.” With the resounding success of their first English-only track, “Dynamite,” and their latest album, BTS is an absolute shoo-in for this award. The guys even performed their second English-only track, “Butter,” for the first time at the recent Billboard Awards on Sunday, May 23. However, the JoBros came back stronger than ever with their uplifting and successful album Happiness Begins.

Who We Think Will Win: Who doesn’t love Megan Thee Stallion and Beyoncé’s “Savage?” This track was a hit from the very start and we think it’ll definitely take home the award for “Best Collaboration.” If the girl power duo doesn’t score, we are expecting Justin Bieber and Chance the Rapper to win for their top-topping hit “Holy.”

Country Song of the Year: “Even Though I’m Leaving” – Luke Combs; “I Hope” – Gabby Barrett; “Nobody But You” – Blake Shelton with Gwen Stefani; “One Margarita” – Luke Bryan; “The Bones” – Maren Morris ­

Who We Think Will Win: This is a tough one ­– whether it’s “The Bones” by Maren Morris or “I Hope” by Gabby Barrett, we’ll be content with the results. As mentioned, both songs have really changed the game when it comes to country music, as they attract listeners that are fans of all genres.

Who We Think Will Win: In a normal year, iHeart and fans could indicate who would win this category, by checking out tour grosses. However, due to the ongoing COVID-19 pandemic, concerts came to a sudden halt. Leaving us country fans to make assumptions based on “industry impact.”

In 2021, the idea behind “Entertainer” has drastically changed and musicians had to think outside the box to capture the attention of their fans. It’s no surprise this category is star-studded with talented singers and songwriters, as they all adapted to the difficult times. Although, Luke Combs stands out amongst the rest.

The country music powerhouse is known to be transparent and open with its loyal community. He is constantly connecting on social media by sharing unreleased music and working in the studio to produce premium content. The artist has had an outstanding year with his record What You See Is What You Get, as he constantly has several tracks on the top-40 hits on the Billboard Hot 100 and 200 charts. If Combs doesn’t walk away with the honor, we are expecting Maren Morris to come in hot and take home the win. Morris recently won “Female Artist of the Year” at the 2021 Academy of Country Music Awards.

Who We Think Will Win: This year is Gabby Barrett’s year! The former American Idol contestant has been making a splash in Nashville and in the country music scene with her chart-topping hit “I Hope.” In fact, Barrett was one of the most nominated performers at the 2021 Billboard Music Awards and won “Top Country Female Artist,” beating out country mainstays such as Maren Morris and Carrie Underwood. She also scored “Top Country Song” and “Top Collab” for her remix with Charlie Puth.

Who We Think Will Win: This category is a no brainier, as Finneas O’Connell will be celebrating come Thursday night! You might be asking yourself, ‘who is Finneas?’ Well, he is the creative mind behind the pop-rock sensation and his sister Billie Eilish. Already the songwriter scored six Grammy Awards, won “Album of the year,” “producer of the Year” for his work with Eilish’s debut album When We All Fall Asleep, and even released several singles as a solo artist.

Who We Think Will Win: This category is not even up for discussion…the country-turned-pop icon, Taylor Swift will be walking away with this iHeart Music Award. Yes, “Blinding Lights” by The Weeknd or Billie Eilish’s “Everything I Wanted” could win this category but NOTHING compares to Taylor’s Folklore album. Never underestimate the power of a Swiftie! 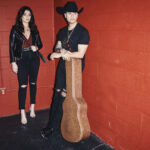 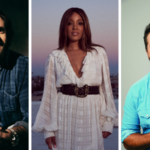