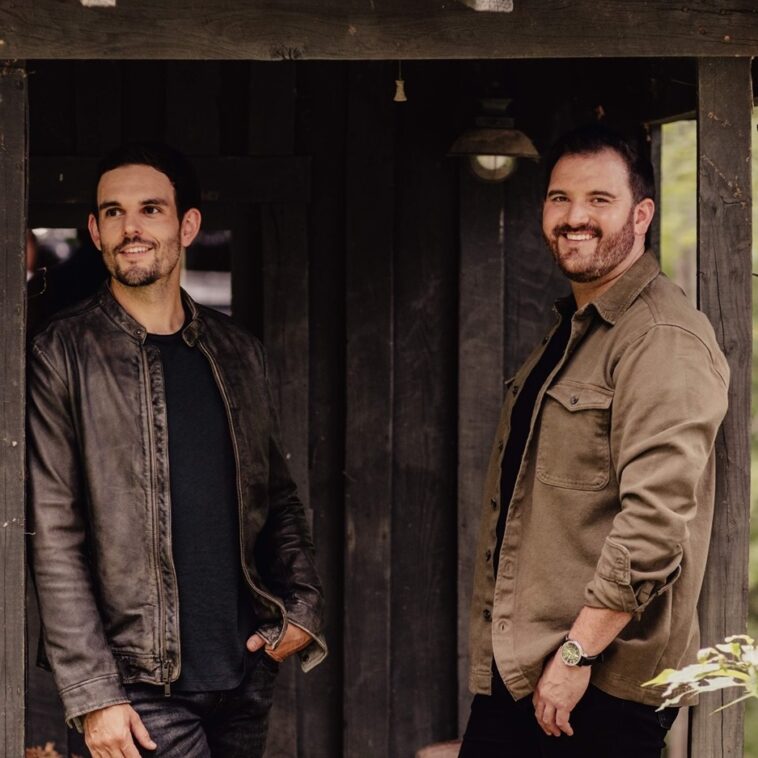 We’ve got a new country duo that needs to be on your radar! Meet Southerland — a country music duo composed of Matt Chase and Chris Rogers — who started out as solo artists and are the result of the stars aligning.

Southerland formed organically after years of Matt and Chris sharing the stage as individual artists in the same college towns and running in the same country music circles, and they’ve been hitting the ground running ever since joining forces as a duo. Their music is as authentic as their story, and they draw on their real life experiences they had growing up in the south. Even though Matt is from South Carolina and Chris hails from Georgia, they both share the same work ethic and passion for music, as they left everything behind to move to Nashville to follow their dreams.

Celeb Secrets Country virtually sat down with Southerland to learn about their organic start as a duo and who inspired them as individual artists. You can keep up with Matt + Chris by giving them a follow on their Official Instagram + Youtube + Spotify pages!

Celeb Secrets Country: First off, tell us a little bit about how you both met as individual artists and formed the band Southerland?

Chris Rogers: “We met a few years ago through a buddy of ours, Ray Fulcher, and we were writing here at my house one day. He was like, ‘hey, I got a buddy of mine I think you would write well with, I’ll bring him in if that’s fine with you’ and I said that’s cool. When he showed up that was the first time I met Matt. We wrote a song that day and within the first week we had a show lined up down in Florida; so within the first week of us meeting we had written a song together and we were out on the road playing together and it just kind of took off from there. We played 4-hour cover shows all over the place playing the college circuit and did that for about a year to a year and a half, not as a duo just as two guys going out to pay the bills. So that led us down to Key West to the songwriter festival, something we felt like we needed to be at to network and be in front of people, where we were playing another four hour show and Lynn Oliver-Cline who signed Luke Combs back in the day happened to be there and saw us play, and she offered us a deal right there. We were kind of taken aback because that was the first time being a duo had entered our minds at all. We sat on that offer for about a year and a half and that entire time we were out doing our own thing, playing shows, and we were on the way back home from one of those shows and we asked ourselves what was the ultimate goal and we started having a serious conversation right there in the car on the way back from Florida to Lynn’s house and we made up our mind to try the duo thing. We told Lynn that and she was super excited and we left in on the terms of we’ll record one song and see what happens. So it kind of snowballed from there. We didn’t have a name; it took us about 6 months to come up with one. It’s been one of the most organic things that I think could possibly ever happen; you hear about some of these duos that were two guys that just weren’t working out as solo artists and somebody sat down at lunch one day and decided they should be put together; it was never like that. It was all organic and it’s been fun; it’s been a crazy ride.”

CSC: That’s amazing it happened so organically and was meant to be. Can you tell us a little bit about how Luke Combs played a role in your signing?

Matt Chase: “I’ll say, it’s the pure definition of happenstance. Chris and I had known Luke [Combs] before that [night in Key West] and it just so happened that that night was the night that ‘Hurricane’ went #1 – his first #1 song ever. We were playing the cover band gig at the bar and we had kind of become the place where after all of the songwriting gigs were done everyone came to hang out and we would let everyone on stage sing some covers and have fun. Luke came and we were like, ‘you have to play ‘Hurricane’ since it just went #1′, and that is the only reason why Lynn was there.”

CR: “It’s very wild to think how all of this stuff did come together.”

CSC: Can you tell us about how you finally came up with a name for your duo?

MC: “Like [Chris] said, prior to becoming a duo we were just two buddies playing cover songs and we put a lot of mental hours into trying to figure out the name and we went into a bunch of hoops thinking we had an option there and we didn’t, then another option and we didn’t. How it all came to fruition was once again, Ray Fulcher, had picked up a two-night residency at a country bar in Maine. Now, Chris and I had never been to Maine in our entire lives, and this was late December, but Chris and I being the people that we are were like, ‘let’s go get in front of some people’. So we’re on our way up to Maine and Ray had a band member that was Googling cool things to do in Maine since it was everyone’s first time there. With all of us being history buffs, for some reason his band member was in the back of the van and goes, ‘Man this is really cool, in Bath, Maine there’s this old war ship called the USS Southerland’ and he started talking about the ship and all of this stuff but as soon as he said Southerland, Chris and I’s ears perked up. That word Southerland is kind of like Southern land trying to play off of the Georgia and South Carolina thing but we knew we wanted a one name band name. As soon as we heard that word we both looked at each other and were like, ‘that’s it’. That’s how we came up with Southerland.”

CSC: Since you both were solo artists prior to becoming a band, how would you describe your style of music as a band and who were your individual influences growing up?

CR: “Anytime we say people hear one thing, but we don’t really say is 90s Country. We’re not trying to be a 90s Country band, Matt always says that 90s Country is 90s Country; it lives there. But what I think we tend to lean more towards is the live band setting; it’s not so much track based stuff but it’s more an organic live band feeling.”

MC: “It leans more towards the traditional country; I love Shenandoah, Brooks & Dunn, those are my influences. I remember when we were having the discussion about becoming a duo we had an honest conversation about doing the duo thing and being authentic to us. The thing about Nashville music is it’s mental gymnastics sometimes and everybody is trying to chase the radio; which who doesn’t want a radio hit we’re chasing radio too. But you don’t want to sacrifice your core artistry of who you are, so the trick is to find that balance. Chris and I were on the same page about wanting to do the music that made [us] want to move to this town, the music that made me fall in love with Country music. That was that Alan Jackson, Rascal Flatts, Brooks & Dunn, Montgomery Gentry.”

CR: “I grew up listening to George Strait, Travis Tritt, Randy Travis, those guys that paved the way.”

MC: “Our music is so hard to try and find a couple word sentence to describe it but the only thing I can think of is that it is undeniably country, has a bit of that nostalgia feel to it because it’s got that traditional sound to it. We really put a lot of work into making sure our music doesn’t sound dated. It’s really walking a tight rope of tipping our hat to the people that influenced us but also being unique to who we are going forward.”

CSC: You two are starting out with a busy 2021. Last year you released 3 new songs and filmed videos for those. For the video for ‘Along Those Lines’ you guys called on your fans to help you, can you tell us a little bit about that process and the making of the video?

MC: “This was our 9th year in Nashville but we didn’t start the duo until a couple of years ago so it sometimes feels like you’re playing catch up a little bit; our social media is relatively young and our music is really young – we put our first song out in September. Our bread and butter is touring and being in front of people but with the global climate we’re in we haven’t been able to be on the road, sometimes you have to be creative. With Chris being from small town America and me being from outside of Charleston, we kind of took different pieces of both of those places and wrote that song and our driving force for that was it doesn’t matter where you’re from, for the most part we all grow up the same way and have a lot of similar experiences. So one thing we’re doing and what we really want is for the fans to be as active and as connected to the music as we are, so we’re asking them to submit their pictures and their videos of them growing up and let us build this song for them. Chris and I don’t ever want to be the center of attention and take away from the music. So that’s a creative way we’re trying to figure out how to spread our songs and have people stay engaged with it.” 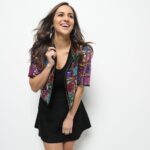 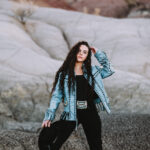