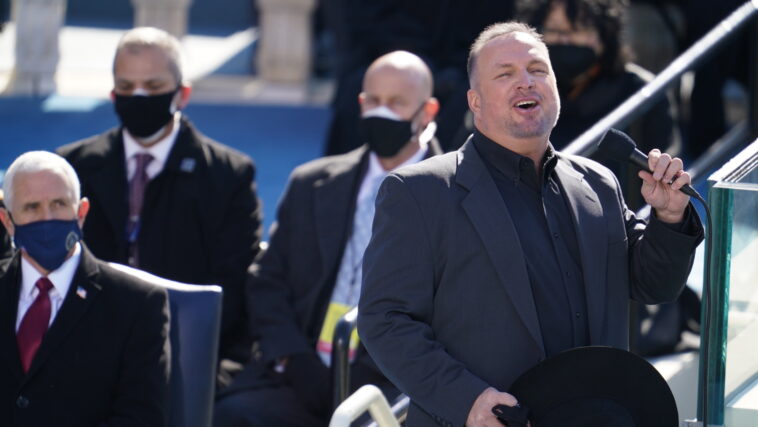 Just minutes after Joe Biden was sworn in as the 46th President of the United States, country music icon Garth Brooks took the podium to sing a chilling rendition of “Amazing Grace.”

Dressed in all black and cowboy hat in hand, Garth Brooks was accompanied briefly by the U.S. Marine Band before taking the reins and singing the patriotic anthem a cappella.

During his moving performance, the country legend asked all watching to sing the final verse with him. “Not just the people here but the people at home, at work,” Brooks said. “As one – united,” he adds.

As he wrapped up the Christian hymn, the star-studded crowd rose to their feet to give Brooks a standing ovation. As he was leaving the west front of the Capitol building, he shook hands with President-Elect Biden, as well as the very first female Vice President-Elect, Kalama Harris. The country star shared hugs with former Presidents Barack Obama, Bill Clinton and George W. Bush.

Before the star took center stage at the 2021 Presidential Inauguration, he addressed his political views at Biden’s swearing-in ceremony on Monday, January 18. “This is not a political statement, this is a statement of unity,” Brooks said in a press conference. “This is kind of how I get to serve this country.”

Garth Brooks has had the opportunity to perform for every president since Carter, except for Reagan. “I might be the only Republican at this place, but it’s reaching across, loving one another because that’s what is going to get us together during one of the most divided times,” says Brooks.

Other performances throughout the event included the National Anthem from Lady Gaga and an iconic mashup of “God Bless America” and “This Land Is Your Land” from Jennifer Lopez.

Watch Garth Brook’s Inauguration performance here and let us know what you think about it by leaving a reaction down below or tweeting us @CS_Country. 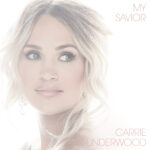 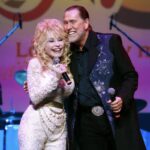