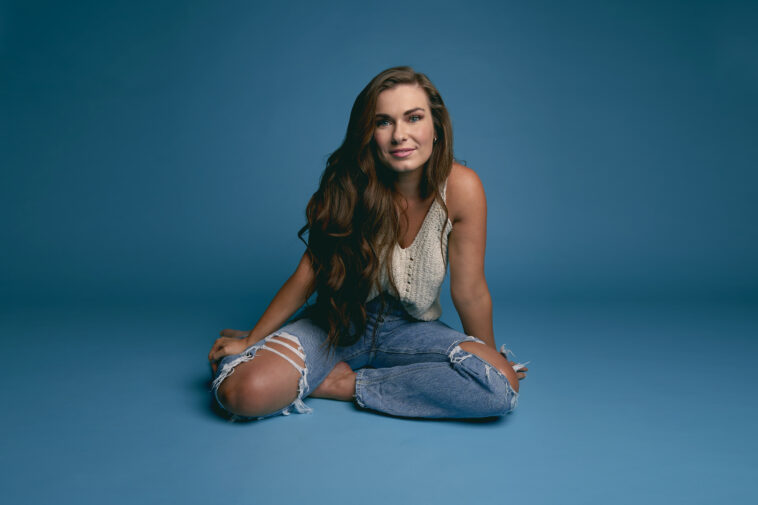 The Coronavirus pandemic affected almost every profession you could think of, but one that took one of the biggest hits was the live music industry. Not being able to go on tour and play shows is sometimes the main source of income for independent artists, and trying to find alternatives isn’t as easy as it looks.

Tiffany Woys is one of the many independent artists down in Nashville that has been affected by the pandemic, however, her passion for music and performing has kept her grounded. Turning to her friends at Country Radio (and at CS Country!), Woys was able to continue telling her story by sharing her newest single “Do Ya,” which debuted back in October.

Written by top Nashville songwriters Anthony Smith, Nathan Chapman and Sara Haze, “Do Ya” showcases Woys’ earnest and powerful vocals while flawlessly capturing her belief that it’s always worth taking a chance on love.

“’Do Ya’ flawlessly captures my belief that it’s always worth taking a chance on love, and I am so thankful I had the opportunity to record such a powerful track,” says Woys in a statement. “I can personally attest to the fact that even if you’ve been hurt in the past, it’s worth keeping your heart wide open, because there is truly no greater feeling in this world than being unconditionally loved by someone else. I hope this song encourages everyone who listens to push aside hurt, fear and doubt and to let their heart be their guide.”

Produced by Dave Cohen (Morgan Wallen), “Do Ya” is the follow up to Tiffany’s latest hit, “Loved By You,” which marked the singer’s highest nationally charted radio single to date, peaking at No. 29 on Billboard’s Country Indicator chart.

CS Country hops on the phone with Woys to talk about her music, how she’s been generating content and new music during the pandemic, and what her plans are for the new year.

Take a read at the conversation below and let us know what you think of Tiffany’s new single “Do Ya” by either leaving a reaction at the bottom of the post or by sending us a tweet at @CS_Country.

Celeb Secrets Country: Congratulations on the success of “Loved By You!” How does it feel to have this kind of recognition from both the billboard and the country charts for your single “Loved By You?”

Tiffany Woys: “It’s pretty surreal. When my first radio single ‘Hostage’ charted on Billboard and I went on a radio tour, I had no expectations of it actually getting played on the radio. I just wanted to go on a [radio] tour so I could meet people at radio so that one day down the line they would like say, ‘Oh I remember her’ and then support me later. So to have Country Radio back me now on two singles has been really amazing and I’m so grateful to [Country Radio] for embracing an independent female artist.”

TW: “Honestly, when it comes to keeping people engaged, I wish I there was some kind of method to it. It’s kind of a shot in the dark. I think everybody’s experimenting at this point and like you said, getting creative. For me, I’ve just been so grateful for my relationship with Country Radio, because if it weren’t for [them], I really don’t know how I would be able to have the outreach during this time because my music is mainly heard on radio versus streaming. Of course my music is there to stream, but what I’ve learned through my journey is that my audience pulls more through radio than it does through streaming, so it would be probably be more difficult to just release music through Spotify without Country Radio backing me. And I will say at the very beginning of this, and I tell the people this all the time, I thought this is going to be like so easy. I was like, ‘oh, people are at home they’re so captivated, like you have an audience that’s doing basically nothing. So everyone’s going to tune in everyone’s live stream and listen to your new music.’ And it was actually quite opposite. I think what happened was people got into ruts and they stuck to what they know during times like these. It’s harder to get people to maybe to grasp the attention of a new artist. It’s absolutely been a struggle because I was planning to be on another radio tour during all this to get to know people, and let them hear my stories. Luckily it’s through outlets like you guys and people that are willing to kind of talk to me to get my story out there right now, has been so important. So thank you guys for taking artists on like me.”

CSC: Of course! Artist discovery is something our outlet and we personally are extremely passionate about. And like you said, it’s funny because you’ve been an artist your entire life and when people first read about you they’re like “oh my gosh, new artist alert” and it’s like, you’ve been doing this since you were five.

TW: “It’s all I know. It’s one of those things where people don’t get to know you until like the major breakout. During this time, I don’t want to say it’s impossible because it’s totally not. I mean, I’ve seen people break through right now. It’s just, it’s quite more challenging than before. And it was already challenging before. I think it just adds on to add onto the struggle.”

CSC: So has there been a defining moment in your career thus far that you’re like, “okay, this is happening?” Any favorite moment when you realized like, wow, like I’m really doing this?

TW: “I want to say radio tour. Even though it was people’s first time getting to know me, that to me felt, maybe because radio was so welcoming with me and so receptive, and to be quite honest for you expecting the opposite. And especially when you’re not someone that you know is going to make them tons of money or not backed by a big label, you expect to almost be shut out. And especially being a female you hear all these stories that radio doesn’t play girls. I do believe there is some truth to that, but I’ve gotten to experience the better side of that. And so going on the road and doing that was kind of a big moment for me, like, wow, this could be my future. I could do this and be on the road and do what I love for a living. And that was kind of a big moment for me. And then other than, as of right now, ‘Loved By You’ reached Number 29 on Billboard. That was my biggest moment where I was like, wow. But at the same time, which is so funny, I think people have the misconception that like, if you reach on a chart  your whole life changes. Which is so funny because things are pretty much the same.”

CSC: Much of this industry is perception. Which is a beautiful part about it, but also gives people a false sense of reality. But I think it’s also important as an artist  to sometimes reflect and remember like “wow, I got myself here.”

TW: “I was just about to say, I have to remind myself to still celebrate the small yet even big wins because I think we get so easily sucked into the fact of, okay, we got here now what. What’s the next goal? I think it’s really important to still celebrate all of the successes along the way, the big and the small, because you know there are so many people who would love to be in the position that I get to say I’m in right now. But yeah, I would love to say that I would love to be someone else’s position. I think it’s like a chain effect and it’s all about timing.”

TW: “They should always expect new music all the time. I’m still in the studio, and I released my new single ‘Do Ya.’ So I will always be putting out new content and new music. And I hope now that things are starting, it feels like things are starting to loosen up and open back up that I will get to get back on the road. That was my next big goal was for 2020, which probably looks more like a 2021 goal now, was to get a booking agent and actually start doing some actual shows instead of just little things here and there. Hopefully that’s what people can look forward to, but they can definitely look forward to new music constantly.”

With reporting by Caroline Renezeder 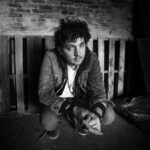 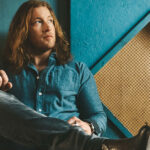