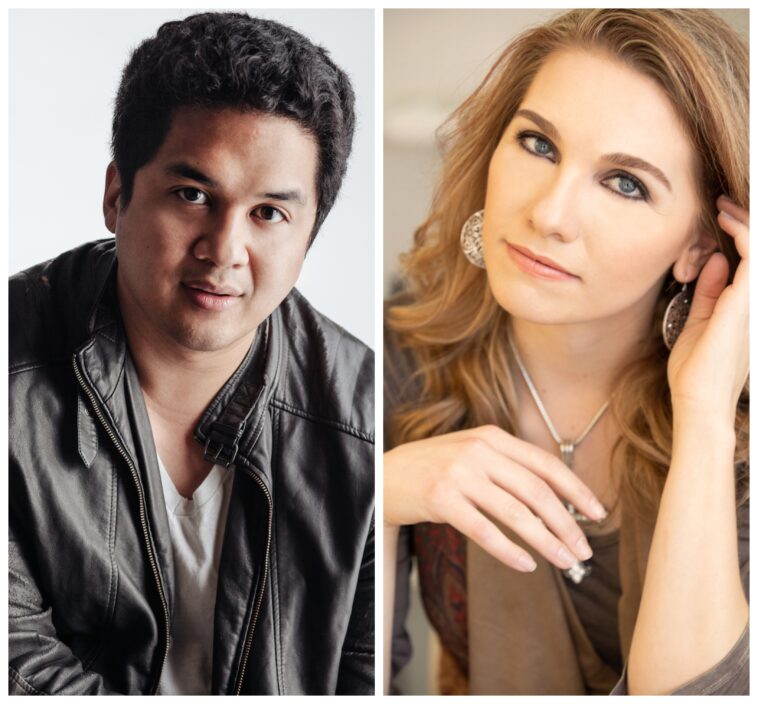 Kristine Wriding, a Nashville, Tennessee based singer/songwriter and Andrew Plan, a Texas based songwriter and producer have never met in person — but that hasn’t stopped them from writing songs that showcase what they’re passionate about.

In celebration of World Humanitarian Day, Wriding and Plan released their inspirational song “People Needing People” during a year where many of us need a positive message the most.

Being in different states isn’t this writing duo’s only difference, but they come together so seamlessly when they mesh their differences with their passions, which is showcased in their latest release together.

Wriding and Plan spoke to us at Celeb Secrets Country about how their musical relationship began and what inspired them to write such a passionate song. Take a read at the full Q&A below and let us know what you think of “People Needing People” by either leaving a reaction at the bottom of the post or by sending us a tweet at @CS_Country.

You can connect with both Kristine and Andrew by following them on Instagram at @kristinewriding and @andrewplanmusic.

Celeb Secrets Country: Tell us about how you both met and how “People Needing People” came about.

Andrew Plan: “Kristine and I met about 4 years ago. We took an online songwriting course and that course kind of paired everybody up in random pairings throughout the course. Kristine and I, when we had our pairing, wrote a song and we liked each other and what we did as artists and songwriters. It was one of those cool things where we just kept in touch after the course and we kept writing together for her projects and trying to write for other artists and other opportunities within the music industry. One of our sessions (for ‘People Needing People’) she came in with the idea for the chorus and I loved it instantly. I started playing around with the music and the rest of the structure of the song came together pretty quickly after that. That was about a year ago…and we kind of sat on it. It always felt very special to us. We were trying to see if it would work for another artist, could it work for film & tv, and Kristine just had the idea a few months ago like, ‘hey, let’s just put this out ourselves’. With all that’s going on in the world today, it just felt like something that could make a positive impact on people.”

CSC: What was the inspiration behind the song “People Needing People” and what sparked an interest to release right around World Humanitarian Day?

Kristine Wriding: “What initially sparked it was that I was just kind of frustrated how people in the world view people that they don’t understand. So like for myself, I have a loved one with Autism and sometimes it frustrates me when people judge him just by either the way he looks or by lack of speech, things like that instead of getting to know him. The thought that went through my head were we’re all just people in this world and why can’t we all see that. Then as I kind of expanded on that thought I wrote the chorus of we’re people needing people and pretty much not judging people that see through another’s eyes and just see people as a beautiful array and not just one way or the other. That was kind of the inspiration and I brought that to Andrew and as we just started writing it and more and more ideas came and he could relate to different things like that; like stereotypes that people feel. We just kept expanding on the thought and then, as Andrew had mentioned, Covid and everything coming a part, we really want this song to be an anthem of unity and coming together and seeing people for the beautiful array of people that they are-which is all races and abilities and ages, walks of life, experiences. That’s really kind of what this song echos.”

@kristinewriding and I put together a few snazzy little teasers like this one for our new collaboration, "People Needing People." Always love an excuse to bust out my radio voice. 😁 Be sure to click the link in bio or the following link to pre-save/pre-order now! https://bit.ly/Pre-Save_People-Needing-People . . . . . #newmusic #newmusic2020 #music #newsingle #peopleneedingpeople #countrymusic #popmusic #splitscreen #poprockmusic #song #kristinewriding #andrewplan #unity #hope #inspiration #duet

CSC: The song has an incredible message – what do you want listeners to take away from it?

KW: “The biggest thing that we want people to get out of it, is like I kind of said before, is that we’re a beautiful array of people so the world just isn’t simple-we all know it isn’t just a black and white picture, the world is full of colors and people. It we all come together and join one another; we’re all people that need one another to build each other up, to see through another’s eyes and help. Really, that’s kind of the essence of the song-just seeing people for who they are and helping one another and kind of celebrating our differences as well.”

CSC: What differences are there in your musical styles?

AP: “For me, I’m coming from a pop singer/songwriter background. I really look up to people like John Mayer, Ed Sheeran, Taylor Swift, so I’m coming very much from that world where the melodies are upfront but also the singer/songwriter aspect of appreciating lyrics beyond surface level. What’s cool about this song is the music is very pop but then Kristine comes in and she has this very cool country sensibility.”

KW: “I’d say definitely that’s our little bit of differences of Andrew being more the pop artist and then for myself country. But it’s interesting how country continues to evolve and starts getting the pop influences. For me, it’s been really awesome writing with Andrew ’cause his melodies and ideas are just really fresh and awesome. Like he said, we just kind of really click on different things and we both have that spirit of wanting to share a message in our songs-as he was saying the singer/songwriter thing of putting out a song that has more meaning and more depth to hopefully reach more people and create a change and make people think. That’s kind of cool how that’s meshed together. Then the different backgrounds of the places we grew up and what we listened to growing up. For me I was a 90’s country but I loved Reba and Dolly and Garth, Alan Jackson-those are some of my inspirational heroes. I love the modern country today too as well; Maren Morris and Kelsea Ballerini and all of that.”

CSC: Andrew, you were a pre-med. student, what made you decide to shift your focus to music?

AP: “Yeah, all through college I was straight up pre-med-I really thought I was going to go down that route. My dad is a doctor and I always thought that was a noble profession and something where I could help people and heal people. After college I got the opportunity to do study abroad in the Philippines for a year and do public health research. I had that time away from all of my usual influences like family and college peers and whatnot, and I got to kind of be alone and think ‘what do I want to do?’ and be able to come to terms that I didn’t really want to do medicine. I wanted to heal people and be a part of that process, but I didn’t want to do it through medicine. What I really wanted to do was do it through music. Having that time away kind of helped me settle into that decision and that core part of myself, and to start living from then on.”

CSC: Kristine, can we expect any new music from you?

KW: “Definitely. This is definitely a launch into more music from me. Like we said, with this song we both really resonated with it after we wrote it and we were both planning to put it on an album or an upcoming project and then when everything happened it was kind of like, ‘I think this needs to get out sooner’. This is pretty much a launch to new music; I’m working with other co-writers and things like that, writing new songs, but my album will be a country album. I’m just excited because there’s been probably about a year and a half or so since I’ve released my last country album, so I feel like I’ve been through a lot. Each album, I feel, is a new chapter in my musical journey and in life, so I just look forward to sharing that with my fans.”

CSC: Since this is Celeb Secrets Country…Andrew, what is something fans may not know about Kristine, and vise versa?

KW: “People might know this, but in my opinion I think that Andrew is just a phenomenal guitar player. It would be so cool to have people sit in in a co-write and just watch how his brain works with the melodies. Maybe what people don’t know is just the creativity and the genius that he has behind melodies and creating hooks and making them really memorable. I think sometimes that doesn’t get realized or pointed out when you’re just listening to music.”

AP: “Along similar lines, people may not know that Kristine is actually-I would say-a pretty natural music producer as well. Recently in co-writes she’ll send me ideas and she’ll have made the beat or the music and at first listen I’m like, ‘wow, this is cool-you really have the ear for this’. Even working through ‘People Needing People’ Kristine was super valuable and when I was producing I would always show her and be like, ‘what do you think about this direction, what about that direction’. She always had good suggestions that helped make the track what it is.” 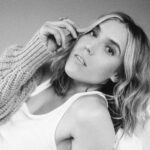 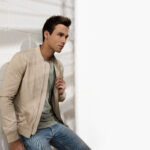