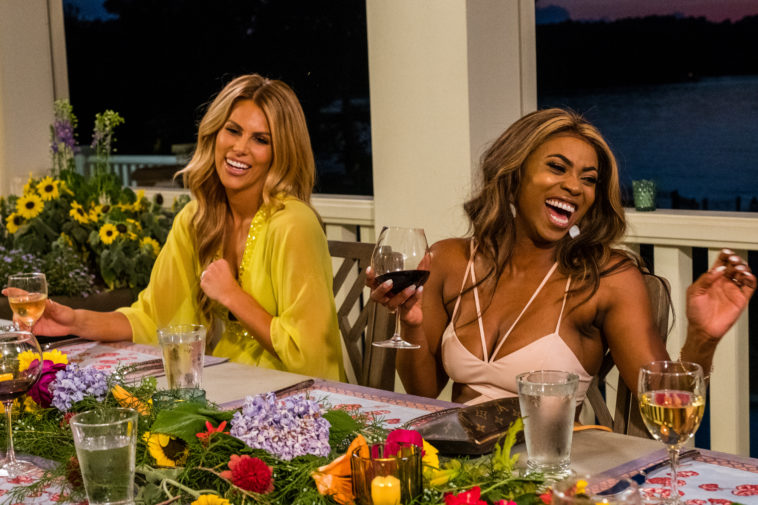 CMT‘s fun new reality show Racing Wives is giving viewers a total behind-the-scenes look into the world of NASCAR both on and off the track with some of the best WAGs in the game.

Just a stone’s throw away from the high-octane race tracks where NASCAR legends rise and sometimes fall, the reality series offers a rare glimpse inside the opulent, eye- popping mansions and private planes that decorate the banks of Lake Norman, North Carolina.

The cast features sisters-in law Ashley and Samantha Busch, married to elite drivers Kurt and Kyle Busch. Amber Balcean, an ambitious, young driver from Canada, is determined to break through the glass ceiling and cement her place on the Kyle Busch Motorsports team. We’ll also follow Whitney Ward Dillon, former cheerleader and now wife of a driver, who is torn between fitting in to the exclusive Lake Norman social order and staying true to her best friend and cheerleader ride-or-die, Mariel Lane.

Celeb Secrets Country sat down with stars of the show, Whitney Dillion and Mariel Swan, to chat about what to expect and all things NASCAR. According to two former NFL Cheerleaders, they ended up on the show in the craziest, most 21st century way possible; an Instagram DM.

“The way we got in the show was actually really crazy,” shared Mariel. “It started off from a DM Whitney got and she’s like, ‘Hey can I bring my maid of honor, Mariel, onto the Skype interview?’ One thing lead to another, we started talking about NASCAR, and they were like, ‘We have got to get a glimpse into this world!’”

“Racing Wives goes behind the scenes on and off the tracks. So you see the dynamics of our friendship, how we met, our husbands. It’s really cool because you really get 100% complete access behind-the-scenes. Even for people who are trying to get into racing, you see how you can actually do that.” Whitney adds. “We were not NASCAR fans before our husbands — we were in the NFL world as dancers and cheerleaders our entire lives.”

Even viewers who have no previous knowledge of NASCAR can find a way to enjoy and relate to the show.

“That’s what’s so cool about the show premiering because a lot of people don’t really know about the sport. For us, we had no idea and from the moment we got into the sport and learned how many cool things and stuff that goes into it, we were like, ‘Whoa this is really cool,'” Mariel says. “A lot of times when you think of professional sports, you think the only part you can really be apart of is the actual athlete, but with NASCAR you get to be apart of the team. Like if you’re a brainiac, you can be an engineer. If you’re big and buff and can lift stuff, you can be on the pit crew. If you’re smart and good at driving, you can be a driver. So there’s something for everybody.”

As with every reality TV show, Swan promises the show won’t be without drama between the wives, drivers, and anyone who makes an appearance! Especially for Dillion and Swan who are considered “rookies” in the NASCAR world.

“Even if you go back and look of some people’s Twitters there was a lot fo shade thrown from people on the show and off the show,” Whitney laughed.

Racing Wives airs new episodes every Friday night at 10/9c on CMT, and tonight’s episode is full of drama. In the episode titled “Winner Winner, Wives’ Dinner,” Amber puts her relationship with Samantha in jeopardy, and Mariel feels less than welcome at Ashley’s dinner party.

Let us know if you watch Racing Wives by either leaving a reaction at the bottom of the post or by sending us a tweet at @CS_Country. 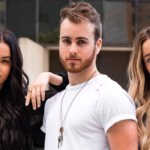 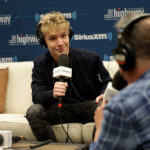