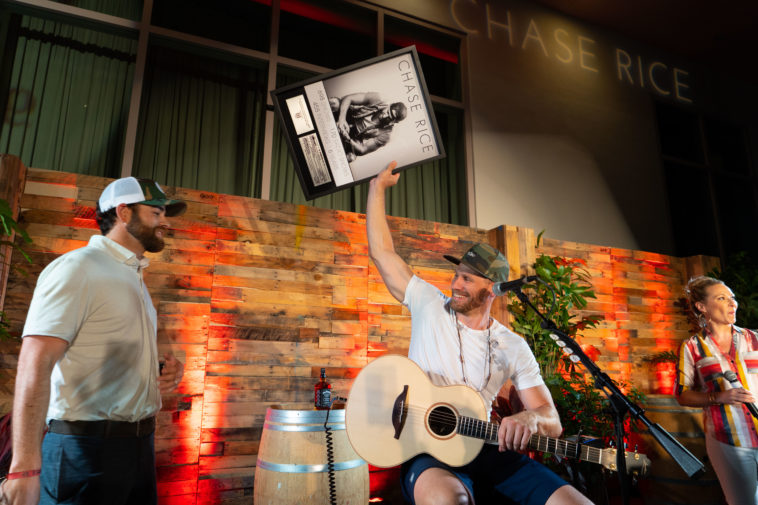 Leave it to Chase Rice to throw an epic No. 1 party!

The singer/songwriter celebrated the important milestone with a ‘Fire Up Your Summer’ event, which was an exclusive, luxury, beach vacation at Boca Raton Resort & Club, A Waldorf Astoria Resort, in Florida last Saturday (May 18) sponsored by Jack Daniels.

“This is the toughest thing I’ve ever had to do in my career,” Rice joked to our reporters while sipping some Jack Daniels on a massive yacht.

With his friends and family by his side, Chase was also able to fly in some of his biggest fans to the resort, where they were able to enjoy his private show at the resort’s Garden Pool. “A lot of these people here have been there for me even in the last few years when it wasn’t the best years we’ve had. They kept showing up and we sold out shows everywhere. Now it’s going to a whole new level with ‘Eyes On You’ and these are the fans that made that happen,” he said.

“Eyes On You” celebrates the result of years of hard work that have triumphantly culminated in his first No. 1 hit as an artist.

On his creative process, Rice says, “I don’t really think too much about what radio would play. I just try to write the best song I can produce it the best way I can, and then the rest will take care of itself which it has for ‘Eyes On You’.”

Aside from his massive headlining Eyes On You Tour and multiple appearances at major music festivals, Rice is about to drop the next song of the summer with “Lonely If You Are.” Coming around June 7, the track — according to the singer — is a total “jam.”

“We’ve got a new song coming, it’s not going to be off Lambs and Lions,” he told us. “The new song should be coming around June 7th and it’s probably going to be called ‘Lonely If You Are.’ It’s a jam. It’s basically just song about, ‘hey girl, I know we’re not together right now but if you get lonely later I’ll be there in a second’.” 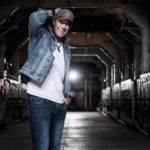 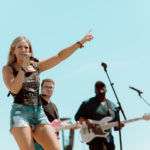