Pro-tip: If you’re in the market for some fresh CMA Fest gear, make sure you get Downtown EARLY! You don’t want to miss out on all the cool merch you can purchase!

Can't wait to play #CMAfest this year in support of the @cmafoundation. Four-day passes onsale now!!

11:15 am – Start day 1 off at the with a performance by one of our favorite voices, Lee Brice. You may have heard of his CERTIFIED GOLD songs, “Boy” and “Rumor,” being blasted across your radio waves. Well, here’s your chance to witness them LIVE!

12:00 pm – There’s plenty of time to head back over to the Riverfront stage to check out one of the coolest acts, Runaway June! These gals are not only taking the summer and fall to tour with Carrie Underwood on the Cry Pretty 360 World Tour, but all the girls out there will love their single “Buy My Own Drinks.”

12:45 pm – Don’t move from your spot just yet, as Michael Ray will be rocking the Riverfront stage next! You’re going to hear all of his smash hits, from the one that started it all, Kiss You In The Morning, to his latest single, “Her World or Mine.” Michael is also giving his fans a chance to hang with him at his fan party! Get your tickets here.

2:15 pm –  If you’ve never seen incredibly talented Cassadee Pope live, this is your time! After headlining the CMT Next Women of Country tour, the songstress will make you get lost in her voice with songs like Take You Home and One More Red Light. Want to actually hang out with Cassadee? Make sure you purchase tickets to Fan Club Party.

3:45 pm – You’re gonna want to be around when the talented Jimmie Allen takes the stage! The “Best Shot” singer will not only be bringing down the Riverfront stage, but he announced on Twitter that he’ll be recording a live podcast at the Country Music Hall Of Fame, and he wants to see you there!

4:45 pm – Guitar goddess Lindsay Ell is back for another year of slaying our faces off! Lindsay’s cool vocal tone, and incredible guitar licks are sure to be part of the soundtrack of our 2019 CMA Fest. Want a chance to meet Lindsay? Go check out her fan club party details!

So excited to announce I’m performing at #CMAfest in support of the @CMAFoundation & their mission to shape the next generation through music education!! Make sure to grab tickets ASAP. @cma

11:25 am – Just a hop, skip and a jump up the road, you’re not going to want to miss mister Levi Hummon. Fresh off his latest touring venture opening up for Hunter Hayes, his songs “Patient” and his latest single, “I Still Do” will make you fall in love with this guy! Plus, he’ll be taking over our Instagram giving fans at home a BTS look behind his performance.

1:25 pm – Back at the Maui Jim Broadway Stage, with one of our favorite gals, Kalie Shorr. If you remember earlier this year, we told you how Kalie released two versions of her son ‘Awake’. Well now is your chance to hear it LIVE!

Gos, couldn’t resist. The notebooks still one of the greatest of all time😂

Thursday night, Broken Bow Records will be taking over Ascend, and bringing you some of their incredible artists for a night of insane talent, and of course scream singing at the top of your lungs!

8:30 – Definitely an incredible day, but the party isn’t over! You MUST head over to Nissan Stadium to see some of country music’s top dogs like Kane Brown, Kelsea Ballerini, Brothers Osborne, and the winner for Top Country Song at the Billboard Music Awards – Florida Georgia Line. 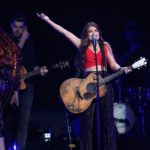 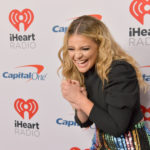