Get your cowboy hats ready — the lineup for the 2019 iHeartCountry Festival has officially been announced!

For the sixth straight year, Music City’s biggest superstars will come to the Lone Star State for a live celebration of all things country at the Frank Erwin Center in Austin on Saturday, May 4th.

This year, the festival will also feature a special live performance music collaboration featuring today’s emerging Women of iHeartCountry and Bones will return as the official host of the iHeartCountry Festival main stage.

“It’s always special to have so much of the Country music community together in one place, including some really talented new artists we have been supporting on Women of iHeartCountry,” he continued.

Tickets go on sale to the general public on Friday, February 8 at 12:00pm CT via TexasBoxOffice.com. iHeartMedia’s Country music radio stations will broadcast the event live in their local markets and at iHeartRadio.com. 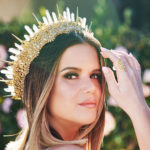 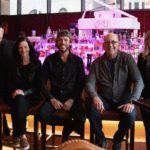