Eli Young Band holds a special place in their hearts for all who have served our country and often visit troops across the globe. Each member of the band has immediate family members that have or are currently serving in the military and today they shared a video documenting their time entertaining soldiers at the Autec Navy Base in Andros Island, Bahamas; Thule Air Base in Qaanaaq, Greenland and the largest US overseas military base at Camp Humphreys in Anjeong-Ri, South Korea.

“It is always an honor to have the opportunity to play for the troops. It’s incredibly humbling when they thank us for bringing a little piece of home to them when we should be the ones thanking them,” reflects frontman Mike Eli. “The sacrifice that these men, women and families make is unbelievable. This behind-the-scenes content is just a small way to say thank you as these extraordinary men and women support us overseas.”

The band also performed at iHeartCountry’s One Night For Our Military Presented By The Makers of Accu-chek Guide at the iHeartRadio Theater in Los Angeles alongside Brantley Gilbert, Ben Rue and host Bobby Bones. The concert event aired nationwide November 11 across iHeartMedia’s Mainstream Country radio stations in honor of Veterans Day. 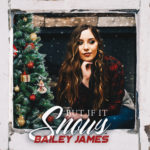 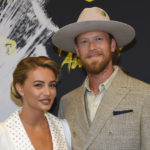