Temecula Road is giving us the scoop on all their new music!

Since releasing their string of singles last year — “What If I Kissed You,” “Hoping,” and “Everything Without You,” band members Maddie, Emma, and Dawson have been performing at shows all over the nation. From an opening gig on Sara Evans’ tour to Stagecoach and CMA Fest, the teen trio have been working harder than ever towards their true passion.

In addition to playing shows, the band has been perfecting their sound for their upcoming record, which is slated to be released sooner rather than later.

“Our music is growing as we grow maturity wise, so its going to be different and we’re really excited about it,” Emma told us during the 2018 CMA Music Festival in Nashville last month.

“When in a group, it’s all about finding a path and how we coincide with each other, and I think that we definitely have a better grasp on that now than we did before. It’s going to be loaded with harmonies, too. We’ve experienced different things, traveled a lot, and kind of seen a little bit of the world, so there’s definitely going to be more to our music,” Dawson continued.

From what we’re hearing, Maddie, Emma, and Dawson have grown a tremendous amount since their debut, and we can’t wait to hear the new material.

Learn more about Temecula Road’s new music by watching the full video below: 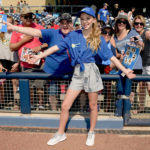 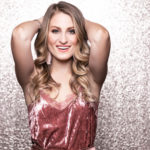