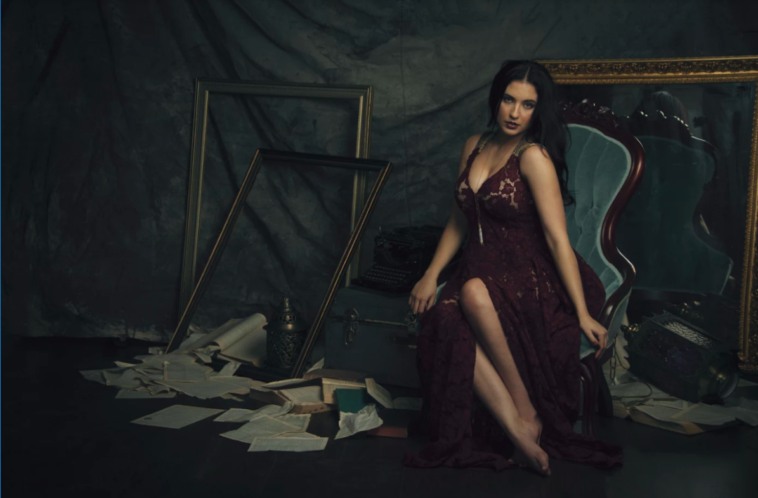 Candi Carpenter is more than just a powerful voice. The up-and-coming songstress has been making a name for herself in Music City since being featured in Kalie Shorr and Song Suffragettes‘ “Time’s Up” music video and is talking to Celeb Secrets Country all about her journey.

As a young child, Carpenter toured with her family’s gospel band and signed her first production deal at only eleven years old. She traded high school for a small room at The Shoney’s Inn downtown, and the stages of honky tonk dives like Tootsies and The Broken Spoke Saloon became her classroom. She performed every night until the bars closed down, hiding from the police in the bathrooms!

This year, Candi released her newest single “Nights and Weekends” and it couldn’t be more relatable. The tune came to life as a therapy session with one of her co-writers who’d just finished working a double shift at a restaurant in Nashville, and it was inspired by Candi‘s father, who rarely gets to see his wife during the day because of his third shift work schedule.

Take a read at our full Q&A with Candi below and make sure to follow her journey by visiting her on Instagram at @candicarpenter.

Your new song “Nights and Weekends” has been stuck in our heads since we heard it! Can you tell us how the song came to be, what was the inspiration behind it?

Candi Carpenter: “I’ve worked a lot of odd jobs. I’ve been a Starbucks barista, a waitress, a restaurant host, a cashier, a housekeeper, a booking agent’s assistant; I’ve done everything from dressing up as the Little Mermaid for children’s princess birthday parties to delivering Marilyn Monroe singing telegrams. I was working as much as I could to pay for my demos and promotional materials, but I’d be so tired from work that pursuing my dreams took a back seat for a while. I wanted to write a song that would inspire people in a similar position to keep going.”

What was the writing process like for that tune?

Candi Carpenter: “Some songs come together like magic. This was NOT the case for “Nights and Weekends.” We worked on this idea off and on for over a year, and actually wrote a few different versions of the song that I pray nobody will ever hear. One day my co-writer and roommate, Jess Adams, came home from a double shift at an East Nashville restaurant. He was just absolutely exhausted. We realized that instead of trying to be clever with the lyric, we needed to be honest. “Nights and Weekends” was finally finished a few days later.”

What is something about “Nights and Weekends” that your fans wouldn’t know just from listening to it?

Candi Carpenter: “The second verse of “Nights and Weekends” was inspired by my mom and dad. He works the third shift at a bus company in Lansing, Michigan. The weather is either freezing cold in the winter, or way too hot in the summer. He comes home after my mom is already asleep, but they saved their money and opened a little antique store a few years ago. It’s never too late to make your dreams come true, and that’s what I hope listeners take away from the lyrics.”

Your acoustic video for “Nights and Weekends” is very intimate and your vocals are killer! What was it like to film that video?

Candi Carpenter: “Thank you! We had way too much fun filming that video. I’m heavily influenced by gospel music, and I love big harmonies, so I asked my incredibly talented friends Hannah Bethel, Jenny Garner, Melanie Bresnan, and Aaron Kessler to help with this project. Baumgartner Sound and Design loaned us the beautiful speakers featured in the background, Truly Alvarenga handled set design, and Derek Oxford directed. I love getting to work with my friends. They’re like my family.”

What makes you unique from other artists?

Candi Carpenter: “I’ve been working in the music industry most of my life. I joined my family’s gospel band at the age of 9, signed with my first Nashville producer when I was 11, and dropped out of high school to move to Nashville at the age of 15. From 16 to 20 I was touring the country as part of The Jack Greene Show, performing with icons like Loretta Lynn, Porter Wagoner, and Little Jimmy Dickens, and hanging out backstage at The Opry every weekend when we weren’t on tour. It was a weird and wild childhood, and I think what sets me apart the most is my story. There are so many amazing artists here in Nashville, and I’m thankful to be part of an inspiring creative community. I think uniqueness comes from authenticity, so I try to be open and honest about my life.”

What can we expect to see from you the rest of this year?

Do you have any advice for any other young singer/songwriters trying to make it in this business?

Candi Carpenter: “I say this a lot, but never, ever, ever give up. You never know what would have happened the day after you do…”

Since we are Celeb Secrets Country, do you have any secrets or fun facts about yourself that you would like to share with us?

Candi Carpenter: “I love dinosaurs. I actually collect plastic dinosaurs, and someday I want to go on a paleontological dig. I absolutely hate doing the dishes, and I bite my nails when I’m nervous. Pizza is my life’s greatest joy, and I want to host SNL more than anything in the world. Please tell Lorne Michaels!” 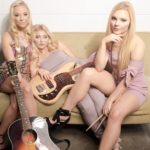 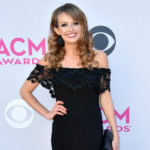