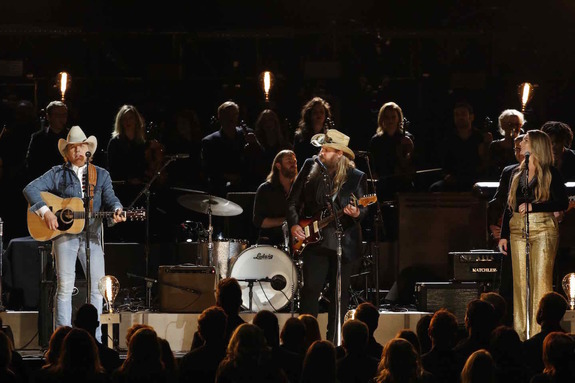 Chris Stapleton won “Male Vocalist of the Year” and “Music Video of the Year” (“Fire Away”) at The 50th Annual CMA Awards held at the Bridgestone Arena on Wednesday (November 2) in Nashville, Tenn.

This marks Stapleton’s second consecutive Male Vocalist win and his first for Music Video. In addition to the two honors, Stapleton was joined by special guest Dwight Yoakam for a rousing rendition of Ray Charles and Willie Nelson’s 1984 hit “Seven Spanish Angels” alongside full string and horn sections.

The two new awards cap off a series of breakthrough years for Stapleton since the release of his now certified RIAA double platinum solo debut album, Traveller. The breakthrough album has gone on to receive multiple Grammy, CMA and ACM awards and continues to consistently top the Billboard Country Albums chart—over a year since its May 2015 release on Mercury Records Nashville.

Stapleton will embark on a series of Canadian tour dates next year, including stops in London, Ottawa, Winnipeg, Calgary, Edmonton and Vancouver. For complete tour details visit ChrisStapleton.com. 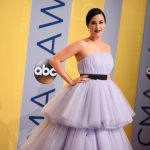 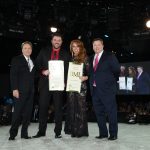