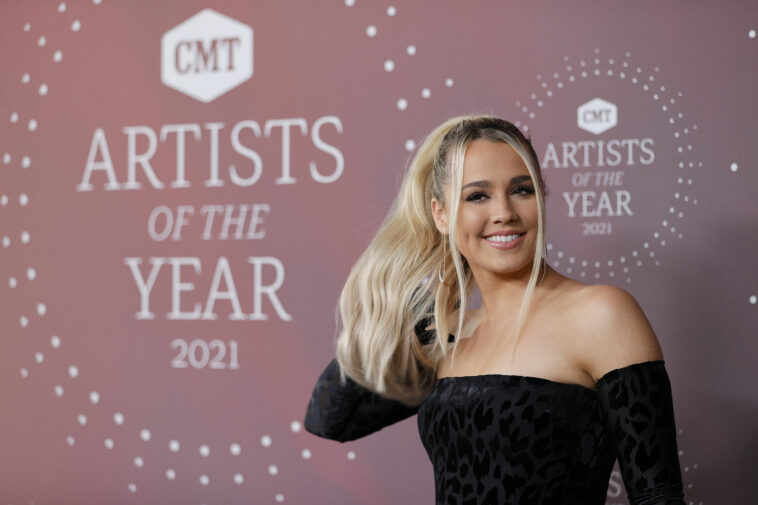 Following Gabby Barrett’s sudden exit from American Idol in 2018, the artist worked the limelight and garnered a loyal fan base – proving that you don’t need to win the singing competition to become a music sensation.

In a short amount of time, Barrett’s strong pipes and matchless songwriting abilities scored her a seat within Nashville’s inner circle of notable names in the industry. After rubbing elbows with state-of-the-art songsmiths in the honky-tonk town like Zach Kale, Jon Nite, Emily Landis, and the one and only Jim McCormick to craft “I Hope” and “The Good Ones” – her contagious sound and toe-tapping melodies quickly received praise.

The 21-year-old became ACM’s New Female Artist of the Year, raked in several Billboard accolades, numerous iHeartRadio Music Awards, and is currently the most nominated female going into the 55th Annual CMA Awards on Wednesday, November 10. However, it was being an honoree at the prestigious CMT Artist of The Year ceremony (Oct.13) at Nashville’s Schermerhorn Symphony Center that made Barrett reflect on her rapid success in the industry.

Will we EVER get over @GabbyBarrett's #CMTAOTY performance of "The Good Ones"??? Probably not.

“It’s an honor to be here and honored to be around all these big names that I grew up listening to,” shared the hitmaker to Celeb Secrets Country ahead of her performance at the star-studded CMT Artist of The Year event. “I used to cover Kelsea Ballerini songs a few years ago on my journey to Nashville. So, it’s crazy to be associated with those names and just feel very blessed.”

Barrett was honored alongside country trailblazers – Chris Stapleton, Kane Brown, Luke Combs, Kelsea Ballerini, Mickey Guyton, and Randy Travis. “Thank you so much CMT, I do not feel like I deserve to be here in this room with all these amazing names,” she said during her acceptance speech that followed her chilling performance of ‘The Good Ones’ with her husband, Cade Foehner. “It’s been a dream come true.”

Before stepping foot out on stage to share her Platinum-verified 2020 hit that showcased her range and unbelievable vocal control, she told CSC reporter Juliet Schroder that the “Tennessee Whiskey” singer, Chris Stapleton had inspired her craft most recently.

“I love Chris Stapleton. I love his music, I love his voice, I love his bluesy country vibe. He is one of the best live singers I have ever heard. So, I love him and his wife and what they do,” says Barrett as she also exclusively revealed that she is expanding her debut record and dropping Goldmine (DELUXE) come November 19.

“So, there is going to be new music this year. I’ll be releasing a deluxe version of my album, Goldmine. There will be a few new songs on it, which I am really excited about,” says the artist while smiling ear to ear. While basking in the good news, she confirmed that she is gearing up to step back into the studio to work on her second album.

“We will be focusing on writing a lot for album number two,” says Barrett. “I am trying to figure out the theme of what I want it to be. But, I do know that I always write music from real-life experiences that are going on. So, you will probably will find a song about a baby,” the new mother of one concluded.

Off the heels of the Thomas Rhett The Center Point Road Tour, the “Footprints on the Moon” songstress will keep up the momentum and stay in touch with fans by sharing behind the scenes of the writing and recording process on social media.

Are you excited about the new Gabby Barrett music? Let us know by dropping a reaction below or by sending us a tweet at @CS_Country. 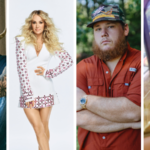 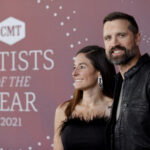