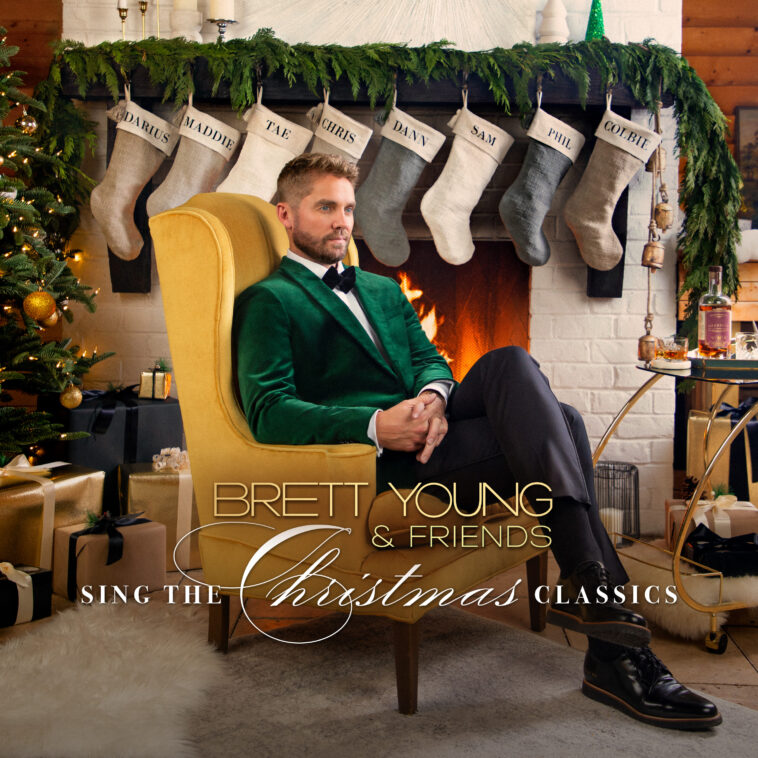 While Young has gifted fans Christmas singles before, such as “O Holy Night” in 2017 and “Silver Bells” in 2020, this album marks his first full Christmas project.

The coveted album gives listeners eight Christmas classics covered by Young and some of his friends in the country music scene. Friends included in that talented circle include Darius Rucker, Colbie Caillat, Chris Tomlin, Dann Huff, Maddie & Tae and more.

In a press interview, Young shared that having these fellow artists on the album was an unexpected element that bloomed from a duet with Caillat.

“It was very fluid. Last year, we put out ‘Silver Bells’ and we did that kind of lo-fi, kind of a different approach to ‘Silver Bells’ and that was where the idea was born. Also last year in the middle of the pandemic, me and Colbie Caillat got together and we did a cover of that JP Saxe and Julia Michaels song ‘If the World Was Ending’ that we ended up not putting out because I had a new single that was coming out, ‘Lady,’ and a whole thing happened,” Young shared.

“So for the ‘Silver Bells’ production, I went to Colbie and I said, ‘We need to do this song.’ So we did that and I totally just played that for everybody that I wanted on the record. We didn’t know it was gonna be an ‘and friends’ until everybody starting signing on and Darius was the first one after hearing Colbie and so on and so forth.”

Young explained that having so many friends in country join in on the project was a “flattering” surprise.

“It was a super, super flattering process because you kind of expect everybody to say no cause it’s weird to sing on a Christmas record in January,” Young said. “But everybody signed on and we got everybody we asked for. I just tried to pick my favorite Christmas songs — the classics I grew up listening to.”

While the holidays are always filled with fond memories, Young shared with Celeb Secrets Country that making the album gave him a few fond memories of his own from behind-the-scenes.

“I have a ton, my favorite is the Darius story. He’s just so good at what he does that when we did ‘Rockin’ Around The Christmas Tree,’ he spent more time driving to and from the studio than he did in the studio. That’s how quick he sang the vocal on this record,” Young said with a laugh. “I mean, he came in and he was ready, and he was excited, and he had things to do, and he just slammed it and was out the door as soon as we had what we needed. It was one of the moments as an artist where I was like, ‘I’m not just a fan of you as an artist, now I’m a fan of you as a professional and a singer like through the roof,’ and he was in and out and he crushed it and it was almost like he was never in the room in the first place but it’s on the record so we have it.”

Having Rucker, Young and so many incredible voices on this record have made for a can’t-miss collection. Although we simply can’t choose a favorite, Young has shared that his favorite track on the list is “Have Yourself A Merry Little Christmas” with Sam Fischer.

Young revealed that for him, “Have Yourself A Merry Little Christmas” is a classic that embodies the holiday spirit.

“For me Christmas is always about being with family and whether it said that specifically or not, this song, everything about the lyric, makes me feel like I’m sitting in the living room with my family and that’s, I mean, that is the holidays for me so it’s just right down the middle Christmas holiday song for me and I love it to death.”

And while “Have Yourself A Merry Little Christmas” is a staple on Young’s holiday playlist, he admitted he normally doesn’t like to listen to his own music. Young said his cover of this classic is one he likes to listen too quite often and trust us when we say we can see why!

Fans will not only get to hear these classic Christmas covers on the record, but watch them as well. Young will be bringing these duets to our TV screens on an episode of CMT Crossroads Christmas: Brett Young & Friends airing this December.

Spreading the holiday cheer a few months early, Young has proven to have more than a few gifts up his sleeve. Check out the full interview below to learn more about Brett Young’s Christmas album!

Don’t forget to let us know what you think of Brett Young & Friends Sing the Christmas Classics by either leaving a reaction at the bottom of the post or by sending us a tweet at @CS_Country. 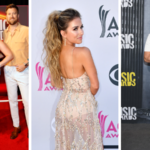 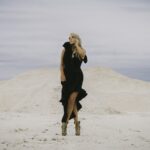