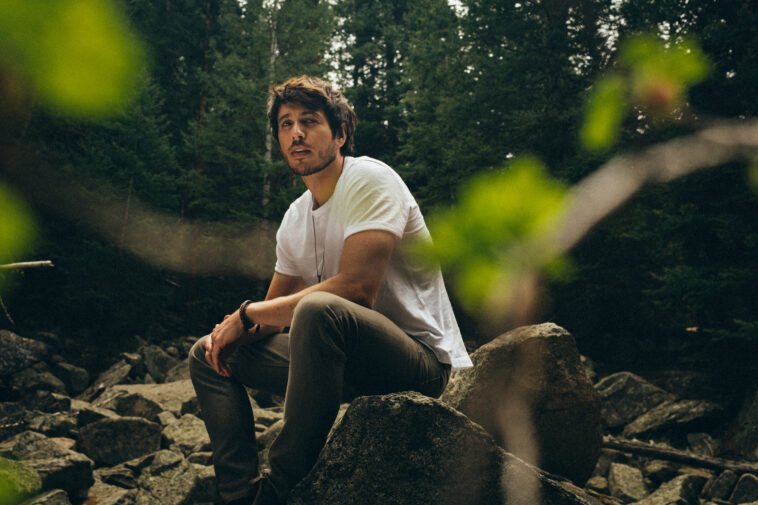 No matter what you believe, Morgan Evans wants you to know that love is in fact real.

The 36-year-old Aussie singer/songwriter proves it not only with his adorable relationship with wife of four years, Kelsea Ballerini, but also with his new single “Love Is Real,” which is out now on Country radio.

Co-written by Evans with Jordan Reynolds and Parker Welling, “Love Is Real” embraces the simple yet beautiful moments that stitch life, and people, together.

“It’s very easy to go on the Internet and see that the world is falling apart and that everyone hates each other. But when people listen to this song, I hope that it reminds them of the best moments they’ve had, even with this stuff happening around them,” Morgan tells Celeb Secrets Country host Juliet Schroder during a Zoom interview. “I’ve noticed this amazing feeling of togetherness at live shows and everyone is there for the same reason. The camaraderie and the energy; I think it gives another example of one of those moments that this song is trying to represent.”

After toying with the title for quite some time, the Aussie tells CS Country that he finally got “that feeling” with “Love Is Real” during a writing camp last September. Starting with just a title, Morgan and his cowriters instantly connected with what they created and hope listeners feel the same way when they hear it.

“I had the title [of ‘Love Is Real’] for a long time, so I just wanted to make sure that I wrote it in the  right way. I tried a couple of different ways of doing it, but it just never gave me that feeling. I was at a writing camp [last] September, and I went in with Jordan [Reynolds] and Parker [Welling] and brought the title up; we just sort of started playing, the chorus just kind of popped out, and we were just like, ‘Hey, that feels right. Let’s not overthink it and let’s go.’ Every part was designed to kind of enhance that feeling that I still get it when I listen to it and play it live,” he shares.

Being married to a No. 1 singer/songwriter definitely has its perks, as both Morgan and Kelsea oftentimes find themselves playing their songs for each other for honest feedback. “Kelsea is one of the most talented people I’ve ever met and I’ve ever been a huge fan of. And the fandom goes both ways,” says Evans.

Adding that they are also each other’s biggest critics, he continues, “when we bring a song home to each other, she doesn’t say that she doesn’t like it. She just goes, ‘ah, it’s not my favorite.’ And I know never to play that song ever again.”

However, when singing a demo vocal for “Love Is Real,” Kelsea immediately pulled Morgan aside and gave him the seal of approval. “We wrote the song at the writing camp and Kelsea and I were on opposite sides of the house. She had written a song really quickly, so she’d gone back to hang out in the bedroom that was right next to the studio we were working in. And I had just sang the demo vocal for [‘Love Is Real’] and went into the bedroom to grab something, and she was like, ‘I think you guys are onto something that could be right there.’ And since I got the seal of approval from the wife — which is essential really — I knew that it was a good song from the very start.”

“Love Is Real” is the first release from Evans in nearly two years and is the follow up to his song “Diamonds.” Describing the song as “the first step in the next chapter,” Morgan is expected to release another new song next month with an EP to follow.

You can learn more about Morgan’s music by watching our full interview below and don’t forget to let us know what you think of “Love Is Real” by either leaving a reaction at the bottom of the post or by sending us a tweet at @CS_Country.

You can connect with Morgan by giving him a follow on Instagram at @morganevansmusic,as well as catch him live as direct support for Brett Eldredge on the Good Day 2021 Tour. 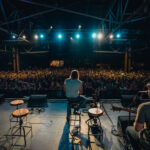 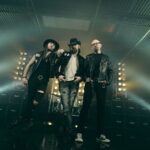