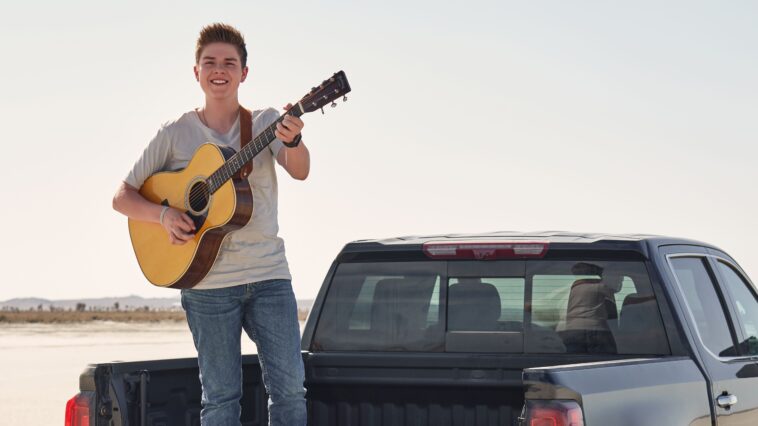 Photo Courtesy of the Riker Brothers.

Jet Jurgensmeyer has been sharing his talents with the world since he could walk. Now continuing to share his long time passion for music, Jurgensmeyer is giving fans the upbeat and quite frankly, addicting track “Fast Forward” and we can’t get enough of it.

The native Nashvillian is well known for his roles on screen, including the role of “Boyd” on FOX’s hit comedy, Last Man Standing, “Skip” in the award-winning NBC series Will & Grace and even lending his vocal talents to the genre of voice acting in the new Disney animated series, TOTS, as the lead role of “Pip the Penguin.”

Although Jurgensmeyer has lended his talents to the realm of acting over the years, he has not shied away from answering his undeniable musical calling. Back in 2019, Jurgensmeyer released his debut self-titled album, which features fan favorites such as  “A Lot More Love,” “Parachute” and “Real World.”

‘”Fast Forward” to 2021 and the multi-talented star has produced some of his most grown music thus far. Working alongside Bridgette Tatum and Jessie G to pen the song, Jurgensmeyer tells Celeb Secrets Country that he knew this track was different from the rest.

“I have written with both of them before and as always it was a blast!,” said Jurgensmeyer. “I always come out of the write thinking we wrote something pretty good, but this time I knew for sure I had to record this one. It just fit me so well.”

Having gotten his start in the industry so early, Jurgensmeyer is embarking on a coming-of-age milestone in his career. This track not only fits him well, but listeners across the board who all share the same want to “fast forward.”

When we asked what Jurgensmeyer hopes fan’s reactions will be like once they hear the smash hit, the artist dove into how targeting a relatable message for fans was key in the creative process.

“Honestly, I hope they will be able to relate to it,” said the singer-songwriter. ” Writing this one with Bridgette and Jessie was really amazing because I was able to talk about things I go through on a
daily basis and they were able to think back to when they were my age and things they
went through. So I hope that people can hear that in the song.”

Check out our full Q&A with Jet Jurgensmeyer down below. Not only does he let us know more about the behind-the-scenes of “Fast Forward,” he also revealed more about his upcoming projects for this year.

Don’t forget to let us know what you think of “Fast Forward” by either leaving a reaction at the bottom of the post or by sending us a tweet at @CS_Country.

Celeb Secrets Country: Congratulations on your new track “Fast Forward!” “Fast Forward” tells quite the romantic message. What prompted you to write this song?

Jet Jurgensmeyer: “When I went in to write with Bridgette and Jessie they said, ‘Hey! Let’s write something for you.’ We started throwing around ideas about things you want to do in life, but you can’t because you are still a kid. We just started listing off things that kids my age can relate to.”

CSC: Is this special song written for anyone in particular?

JJ: “Not really, we just wanted to try to relate to as many people as possible.”

CSC: You worked with Bridgette Tatum and Jessie G on penning the song. What was it like to work with them on this track?

JJ: “I have written with both of them before and as always it was a blast! I always come out of the write thinking we wrote something pretty good, but this time I knew for sure I had to record this one. It just fit me so well.”

CSC: You have exuded a passion for music at such a young age, having started singing at just three! What has been the biggest lesson about the music industry throughout all these years?

JJ: “I guess I would say make sure and surround yourself with people that know more than you in this field. If you want to get better at something you try to work with/learn from the best. I have been really fortunate to be in a position where I was exposed to a lot of these successful music industry people at a young age. I think they taught me to listen and keep an open mind. You pick up so much knowledge from just being in the room with some of these talented people and watching them do their thing.”

CS: Who are some of the artists that inspire you?

JJ: “That’s a really tough one, but I would have to say some of my biggest inspirations are Ed Sheeran, Chris Stapleton and Shawn Mendes. They are all so talented in what they do that I really learn a lot from watching them perform and hearing them talk about recording their songs.”

CS: Did any of these artists inspire “Fast Forward?”

JJ: “I would say so, because we really tried to go for that Pop Country feel and those 3 guys are some of the biggest to do it! So I would say them, along with every other musician I’m a fan of, have inspired all of my songs and helped me really try to craft my music to encapsulate me.”

CSC: How do you hope fans will react when they hear “Fast Forward” for the first time?

JJ: “Honestly, I hope they will be able to relate to it. Writing this one with Bridgette and Jessie was really amazing because I was able to talk about things I go through on a daily basis and they were able to think back to when they were my age and things they went through. So I hope that people can hear that in the song.”

CSC: Can fans anticipate a music video for “Fast Forward?”

JJ: “Yes! We shot the video and it will premiere very soon. We shot it out in CA and The Riker Brothers directed it. They have directed all of my music videos so far. I’m so happy with the way it turned out just like the song, because the video fits the story of the song PERFECTLY!”

CSC: Beyond “Fast Forward,” do you have plans to release more music this year? If so, what can fans anticipate?

JJ: “I almost have the entire album finished up. I would like to maybe have 12 songs on it this time. I have co-written every song on the album, which really means a lot to me. I told myself, my parent’s, as well as my producer Butch that after my last album (in 2019) that I wanted to be a writer on all of my music from there on out, and so far that’s exactly what I have done. I love being more involved in the entire creative process. I am really proud of how it is turning out. I think a few of them have more of a pop feel, but then a couple of them have a country feel too.”

CSC: Since we’re Celeb Secrets Country, can you share any behind the scenes secrets from making the song that we wouldn’t know when listening to it? 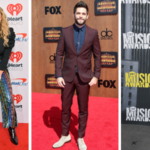 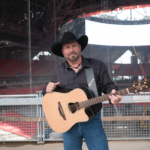