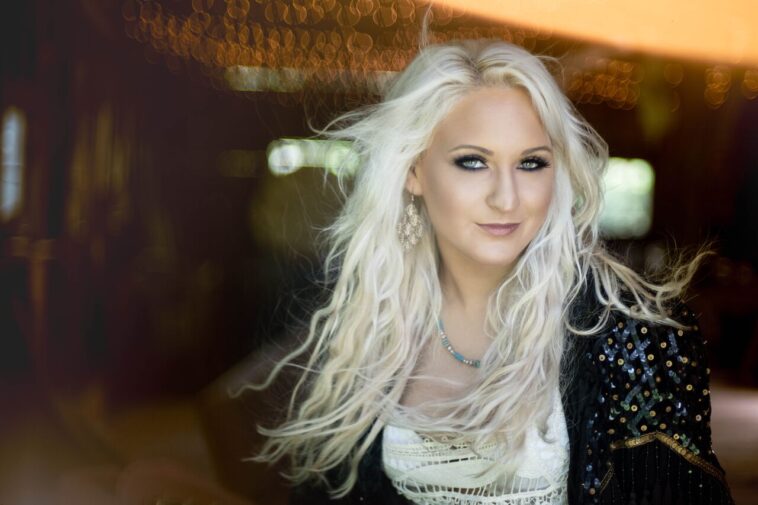 After losing both grandparents in the same year, Country singer Ashley Jordan knew that she needed to honor them and cope with the loss the only way she could — through music.

Her latest single “Still Hear Him Talking” is a strong ballad with a beautiful meaning. Describing the recording process as “emotional,” Jordan hopes that listeners from all walks of life can relate and find comfort and guidance by taking the time to stop and listen for the voices of those they love.

Ashley sits down (virtually) with our reporters to discuss “Still Hear Him Talking,” what she hopes listeners take away from it, and what’s to come from her upcoming music. Read more in our full Q&A below and let us know what you think of “Still Hear Him Talking” by either leaving a reaction at the bottom of the post or by sending us a tweet at @CS_Country.

CS Country: Who are some artists that you look up to/inspire your music?

Ashley Jordan: “So many – but if I have to name just a few, I would say Lori McKenna, Chris Stapleton, Randy Montana and Taylor Swift.”

CSC: Can you tell us about your song “Still Hear Him Talking” and what it means to you?

AJ: I was inspired to write this song to honor the lives of my grandfather and grandmother – who both passed away the same year. Their loss was felt more deeply not only because of our strong connection, but also because it was such a dark and scary time in the world and I felt like the world was imploding. I was searching for answers and discovered that I only had to listen for their voices for guidance.

CSC: What made you want to record/release “Still Hear Him Talking?”

AJ: “‘Still Hear Him Talking’ is a very personal song – and I wasn’t certain that I would record it when I finished it because I felt so emotional and raw when I tried to perform it. When I played it for my producer (the amazing Jeff Huskins at Sound Stage Studio in Nashville) we decided together that it had to be my final song to record. We had a huge group in the studio the final day of recording, including my band from home and crew members – and the energy in the room was intense. My photographer and friend Tommy Colbert (of Tommy Colbert Photography) was in the room with his camera and decided to start taking videos of the process in addition to photos – and what he captured was some wonderful behind-the-scenes video clips of “Still Hear Him Talking” as it’s being recorded. It was an incredible ending to a creative and eventful week. My producer Jeff Huskins had also gathered an amazing group of legendary musicians to play on my songs – and they can be seen throughout the video including Jon Conley (Kenny Chesney’s touring guitarist), Jimmy Carter (Alan Jackson’s recording bassist) Joel Key on acoustic and the mandolin, Evan “human metronome” Hutchings on Drums (Jimmie Allen’s recording drummer and percussionist), and Scotty Sanders (band leader and steel guitar player for Blake Shelton, Trace Adkins, Cody Johnson, and more). So unforgettable!”

CSC: What do you hope listeners take away from the song?

AJ: “I hope that listeners are left with the reminder that no matter how dark and tragic things seem to be, if they take the time to stop and listen for the voices of those they love, they will find comfort and guidance.”

CSC: Can you talk to us about the music video for the song? What inspired the concept, etc?

AJ: “This video is genuinely authentic and we have Tommy Colbert to thank for pulling together so many great video clips and photos to create the end result – this video!

CSC: Did you film during quarantine? If so, how was it different from shooting a normal music video?

AJ: “No, this behind-the-scenes video was recorded in Nashville several months before the beginning of the pandemic.”

CSC: If not, can you share your favorite memory from filming?

AJ: “Most music videos I’ve released in the past have required a great deal of advanced planning – with sets, crews and storylines being played out. This behind the scenes version is very different for me – and it’s really fun to look back on the process and to see the awesome camaraderie, talent and support all gathered together in one room. So many great memories – but probably the best one is simply remembering looking out from the sound booth and seeing my “tribe” out there cheering me on! Several members of my touring band came to Nashville with me for this set of recordings, as well as all of my management team and many other team members. It was one hell of a celebration – there was just so much positive energy and excitement everywhere.”

CSC: Is “Still Hear Him Talking” a taste of what we can expect from your new material?

AJ: “Maybe just a taste! I would say that each of the new songs I recorded have their own different vibe and I really like that there are some powerful/emotional songs, some upbeat country rock songs – and also a few surprises!

One other cool thing about this current single/video as well as all the new music on the album – the songs are being officially formatted in the new DOLBY ATMOS format for a surreal listening experience! My producer Jeff Huskins owns/operates one of only three North American Dolby Atmos certified and endorsed studios for remixing and engineering and it’s such an honor to be part of this cutting-edge music technology.”

CSC: Since we’re Celeb Secrets, what’s a behind-the-scenes secret from filming “Still Hear Him Talking” that we wouldn’t know when we watch it?

AJ: “On the final day of recording, we had scheduled a set amount of hours in the studio but we hadn’t finished all the songs we had hoped to complete as our end time was approaching. We spoke with producer Jeff Huskins about extending our studio time – but there was someone scheduled to record in the studio right after I finished — and that person was the one and only … Kelsey Ballerini! (I adore her!!) Anyway, Jeff spoke with Kelsey’s team, and they graciously agreed to push back their start time by one hour, so we were able to keep moving forward and complete this one last song. How cool is that? Sound Stage Studios is the home of Black River Entertainment, so we had some incredible personalities in and out of the studio that day – not to mention Tim Rushlow (of Little Texas) who stopped by!” 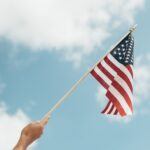 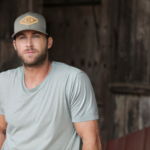