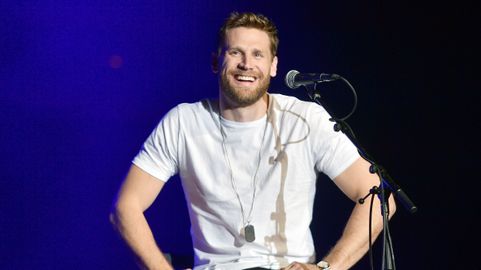 We all know Chase Rice is an amazing songwriter. Scoring his first No.1 back in 2012 as a co-writer on Florida Georgia Line’s smash hit “Cruise,” Rice has officially earned the same bragging rights as an artist as his original single “Eyes On You” officially hit No. 1 on Country radio!

Gathering at Nashville’s Tin Roof Bar, which was conveniently located next door to Rhythm where the song was written, Rice was joined by songwriters Ashley Gorley and Chris DeStefano, Broken Bow Records, as well as family and friends for an epic celebration with ASCAP on Tuesday (June 11).

“I’ve got to thank God for this one. I’ve been kind of a wreck the past 4 or 5 years but it’s all been cleaned up and that is because of God.” Rice said to the tightly packed crowd in Tin Roof’s long narrow hallway.

Along with God, the singer-songwriter expressed his gratitude to his mom by gifting her a Louis Vuitton bag, making up for the knockoff he bought her in New York years ago.

With some success, comes getting the woman who helped get you there something nice. Gave my mom this apparently nice French bag at the number 1 party. She said I did good. Love you momma.

Coming close with previous songs “Ready Set Roll” and “Gonna Wanna Tonight” both making the top 5, Rice credits ‘Eyes On You” rising to the top by finally knowing who he is as an artist and believing in the song from the ground up.

The room it was written, the guys I wrote it with, right before we head down for the number 1 party in Nashville. These notes changed my life. #eyesonyou

When asked if the song was lyrically based on a true story with a girl, Rice revealed that his career hasn’t allowed him the time yet to make that a reality, though to his dismay some of the romantic scenes were based off an experience with his 300 pound, football-playing best friend.

“The last few years of my life I’ve never really given myself that opportunity. I’ve had a couple girlfriends who were great girls but it just didn’t workout. I haven’t gotten there with anybody yet, but the funny thing is the ‘Big Sur’ part is actually my best buddy from college. We traveled from San Diego to San Francisco and this guy is like 6’8, 300 lbs, offensive lineman from where I went to school and played in the NFL for 10 years. We’re the same guys; we both want adventure and want to see the world and neither one of us had girlfriends so we were just like, ‘Let’s go man.’ We were on Big Sur, the sun was setting and it was the most romantic thing ever and I look over and he’s so big, his hat is on the top of his head and he’s just like a big giant bear on the beach. I’m just like, ‘this is the dumbest thing we’ve ever done,’ but that’s where the Big Sur part in the second verse came about.”

For now though, Rice’s priority is taking advantage of success.

“I’ll get there one day, but that’s my focus right now because you only have such a short window to take advantage of success. That doesn’t mean you can’t have a family and all of that too, or that you have to choose one or the other, but that’s just kind of where I am.”

Recently releasing his latest single “Lonely If You Are,” Chase shared with Celeb Secrets Country that the process of believing in the song from the ground up wasn’t quite as easy as it was for “Eyes On You,” partially due to a dog eating his burrito, but still has faith the song can follow suit.

“I didn’t (believe in it) the day I wrote it because I was just mad about the burrito. I had other stuff going on that day. It was just a weird day for me and it was first time Lindsay, Hunter and I had ever written. I started listening more and started learning to play it on the guitar. When I played it that was when I was like, ‘man this thing is a jam.’ It hits on the chorus. The melodies and verses are really cool and it was fun to play on guitar. I just wanted to keep playing it and singing it and now I’m singing it a whole lot. To me it’s the best song we could’ve chosen. ‘Lonely If You Are’ has everything it can to follow ‘Eyes On You’ and be just as big.

Fans can catch Chase Rice across the US for various summer festivals and later this fall for his headlining tour AM/PM 2019 Tour.

Congrats Chase! Celeb Secrets Country wishes you nothing but continued success and all the burritos your heart desires! 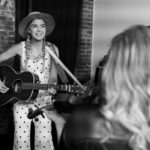 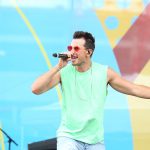