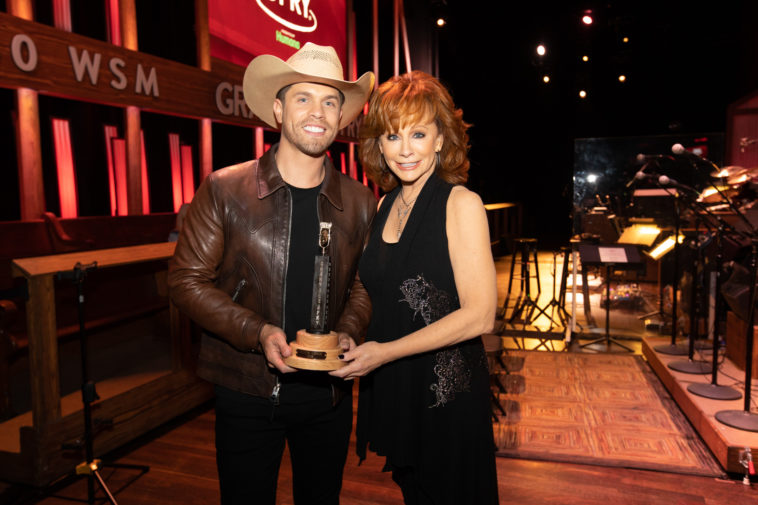 Dustin Lynch is officially a member of the Grand Ole Opry.

Inducted into the hallowed institution by iconic entertainer and Opry member Reba McEntire, the moment came as a complete surprise to Lynch. He later shared, “I wouldn’t have wanted to be inducted by anyone else … Reba’s the top of my list. She could have been anywhere in the world today and chose to be here. That means so much to me.”

Lynch was praised for bringing a tasteful sense of modern energy to his well-documented love of traditional Country, and welcomed into the Opry’s permanent cast by a packed house of fans, friends and family. Realizing a lifelong dream, the Tennessee native could barely contain his emotions as he stepped into the Opry’s famous onstage circle for the first time as a full member.

“I told everybody before I came out here I’m a crybaby, and I get it from my dad,” said Lynch. Thanking his friends, family, bandmates, and everyone who plays a part in his career for sharing in his dreams, he continued, “This is one of those dreams right now … Thank you for allowing us to live the dream.”

There was even more good news in store for Lynch, as BBR Music Group Executive Vice President Jon Loba stepped up to surprise the star with a special commemorative plaque. Lynch has now surpassed 1 BILLION DIGITAL STREAMS over the course of his career, stretching all the way back to his PLATINUM-certified 2012 debut, “Cowboys and Angels.” Since then the hitmaker has racked up five more PLATINUM or GOLD #1 singles (“Where It’s At,” “Hell of a Night,” “Mind Reader,” “Seein’ Red” and “Small Town Boy”) and three Top 5 Country albums (DUSTIN LYNCH, WHERE IT’S AT and CURRENT MOOD).

What’s your favorite song by Dustin Lynch? Share it with us by sending us a tweet at @CS_Country. 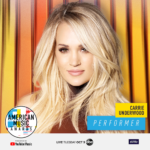 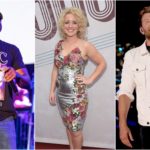