Spencer Crandall is an emerging personality who is looking to make a splash on the country music scene, and Celeb Secrets Country is here to tell you all about him!

About two years ago, the Colorado native developed a desire to pursue country music and move to Music City. Since then, Crandall has written and recorded a 5 song EP, released a single, and an additional mix-tape project. He has been getting great feedback from publishers in Nashville as he begins working on his next project, recording songs with Nashville producer Bill McDermott.

This year, Spencer released a song called “Do It All Again” and has toured around the country with fellow country singer Chris Lane. Check out our video below to learn more about Spencer, his music, and what he has planned for 2017.

Keep up with Spencer Crandall by following him on Twitter at @SpencyBoo. 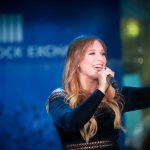 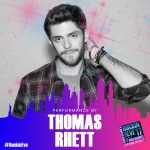