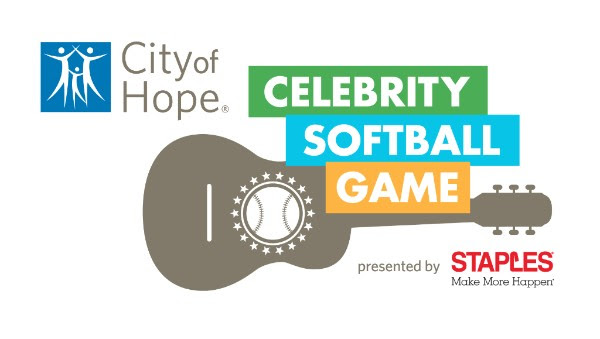 Some of Nashville’s hottest stars are coming out for the 26th Annual City of Hope Celebrity Softball Game, presented by Staples, a fan favorite event and longstanding tradition of the CMA Music Festival. Playing to strike out cancer on the Grand Ole Opry and iHeartCountry teams will be Charles Esten, Vince Gill, Chris Lane, Scotty McCreery, Bret Michaels, David Nail, RaeLynn and Jamie Lynn Spears. These stars will step up to the plate on Tuesday June 7th at 3 p.m. from the expansive new field at First Tennessee Park in Nashville, Tennessee, along with more names to be announced in the coming weeks.

Support from the Nashville community and its country music artists directly benefit City of Hope’s mission to find cures for cancer, diabetes and other life-threatening diseases. A highlight of this year’s game will be when 8-year-old Aaron Yniquez a City of Hope patient from Redlands, California, will finally meet his donor Yolanda Nava, a Southwest Airlines® employee from Arlington, Texas. During his treatment for acute myeloid leukemia, Yniquez received a lifesaving donation of genetically matched stem cells from Nava, and the pair will meet for the first time at the 26th Annual City of Hope Celebrity Softball Game in Nashville.

Bone marrow transplants offer a second chance for people with life-threatening blood cancers and other hematologic malignancies. Since 1976, more than 13,000 patients from virtually every state and dozens of countries have undergone bone marrow, cord blood or stem cell transplants at City of Hope.

Each year, the Celebrity Softball Game regularly features some of country music’s biggest and hottest stars, and this year will be honoring music industry veteran Bruce Hinton as the founder of the event and for his significant contributions to the game over its 25-year history. As the game embarks on its next 25 years, it is befitting to honor the man who conceived the event and made it a Nashville tradition. Over the years, Carrie Underwood, Darius Rucker, Florida Georgia Line, Jason Aldean, Luke Bryan, Scotty McCreery, Vince Gill and many more have taken to the field in support of City of Hope’s lifesaving mission.

Tickets for the game can be purchased through Ticketmaster.  Those not able to attend the game can still support the cause. A variety of unique merchandise and experiences, including meet-and-greets with the hottest artists, will be available for bid at charitybuzz.com. The proceeds will benefit City of Hope’s mission to eradicate cancer and other life-threatening diseases. 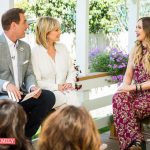 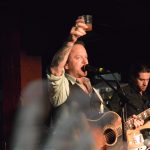