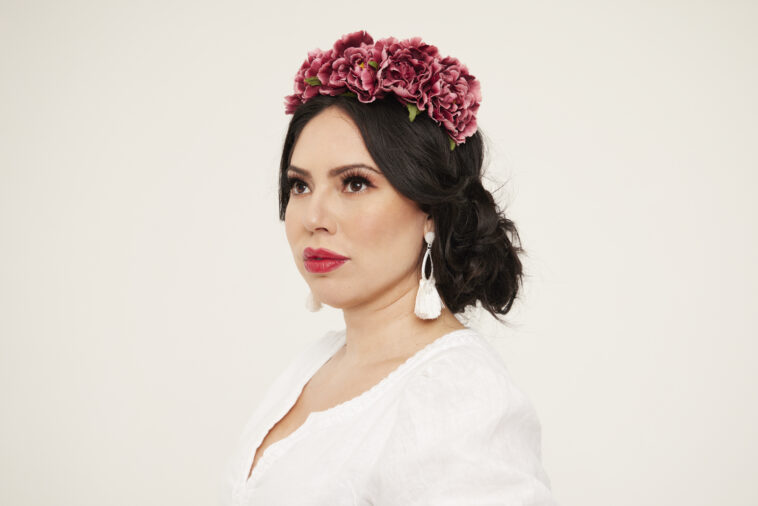 With Hispanic Heritage Month still going strong, Valerie Ponzio is giving listeners a glimpse inside her Latin heritage and her hometown thanks to her first-ever EP Frontera.

Frontera, which means “border” in Spanish, is a four-track project that draws inspiration from her pride in her hometown of El Paso, Texas while raising awareness to the culture of border cities like the one she grew up in and beyond.

“‘Frontera’ has been a dream and culmination of years of work and vision. I wanted to create a world that sounds familiar to a country audience but shows something new and shows my unique Bordertown perspective,” Valerie tells Celeb Secrets Country in an exclusive interview. “There is so much pride, heart and love tied in with ‘Frontera’ and I truly believe that people will get a taste of those sentiments when listening.”

Featuring three original songs as well as a traditional country cover of Selena‘s “I Could Fall In Love,” the debut project from the Texas native proves that she is a bona fide trailblazer in the world of country music, as she perfectly blends two cultures to make one incredible sound. It’s a step in the right direction for all Latinx musicians wanting to break into the world of country, and Ponzio hopes that her music will help everyone realize that we are all the same no matter where we come from.

“I want to erase the boundaries that are perceived between country fans. When my hometown fans listen to my song ‘Just a Bordertown’ I want them to feel all the pride of their home being seen and represented,” she shares. “But, I also want fans from Ohio, Nebraska, etc to hear the song and feel that same sense of pride and to know that we all are the same in the end.”

CS Country sat down with Ponzio (virtually) to learn more about Frontera and the meaning behind it, her musical journey and goals for the rest of the year. She also reveals some fun secrets about making her first-ever project, and you can learn more about it by reading our full Q&A below.

Don’t forget to let us know what you think of Frontera by either leaving a reaction at the bottom of the post or by sending us a tweet at @CS_Country. You can connect with Valerie by giving her a follow on Instagram at @valerieponzio.

Celeb Secrets Country: Can you talk to us about your early beginnings with your music career — what sparked pursuing music professionally and how did you get to where you are now?

Valerie Ponzio: “I began singing very young at church and school talent shows. One of my earliest performance memories is when I dressed up as Jasmine and sang Aladdin in 1st grade at the talent show in the cafeteria. It was such an important moment for me I took it so seriously. I started songwriting at around 11 or 12 and I just really loved music so much. My older brother and sister had a lot to do with helping me shape my musical taste and skills. I definitely wouldn’t be where I’m at without them.

CSC: For people that haven’t heard your music yet, how would you describe your sound?

VP: “Growing up in Bordertown culture, I wanted my music to fit on the Grand Ole Opry stage in Nashville as well as a backyard party in El Paso. I think you’ll hear a lot of lean-in break your heart country, and I think you’ll also hear fun drive down the highway country bangers with West Texas and Mexican splashes!

CSC: Where do you pull inspiration from when it comes to original music?

VP: “I’m very inspired by artists such as Jason Isbell, Sheryl Crow, Shania Twain, Luke Bryan and Mariah Carey. They have all contributed different aspects of artistry that have truly influenced how I make music. From songwriting to vocal intonation to their live shows I find myself referencing their incredible musical contributions at so many different turns in my career.

CSC: Being Latina, how do you blend your Latin roots/culture into your songs?

VP: “I’ve definitely released country songs with reggaton feel and even in Spanish! It really comes down to being honest, telling your story, and it just comes out from there!

CSC: What’s the overall message that you want people to take away from listening to your music?

VP: “I want to erase the boundaries that are perceived between country fans. When my hometown fans listen to my song ‘Just a Bordertown’ I want them to feel all the pride of their home being seen and represented. But, I also want fans from Ohio, Nebraska, etc to hear the song and feel that same sense of pride and to know that we all are the same in the end.”

CSC: Talk to us about your single “Desert Rain!” What’s the song about – do you have any fun stories from the writers room that you can share?

VP: “My co-writer Danny Myrick and I both share a love for the Desert, from Texas all the way to California. He grew up in Mississippi but makes frequent trips out West and draws inspiration from that open sky backdrop the same as I do.”

CSC: Why did you choose “Desert Rain” as your single?

VP: “Country music, in my opinion, has the best stories and the most talented songwriters. It can be difficult to bring something truly new to the table, but I think ‘Desert Rain’ really is ground breaking how it brings desert scene into the fold. We are literally taking country fans somewhere new! After being in Nashville for these past 5 years it’s exciting to transport listeners to my home and see it through my eyes.”

CSC: Your EP is dropping right in the heart of Hispanic Heritage Month – how important is that to you to have your music be released at this special time that your culture is being celebrated?

VP: “For Latinos, family is everything. Our culture is centered around that and for it to coincide with a month that is dedicated to us feels extra special.”

CSC: Can you talk to us more about “Frontera?” What can fans expect from it?

VP: “‘Frontera’ has been a dream and culmination of years of work and vision. I wanted to create a world that sounds familiar to a country audience but shows something new and shows my unique Bordertown perspective. There is so much pride, heart and love tied in with ‘Frontera’ and I truly believe that people will get a taste of those sentiments when listening.”

CSC: What’s one song that you’re most proud of off Frontera?

VP: “I have to say ‘Just a Bordertown’ is one I’m most proud of. So many people from my hometown said they felt that for the first time they heard in a song what they felt in their hearts, and that means the world to me.”

CSC: How does Frontera shape you into the artist you are today?

CSC: Aside from releasing your EP, what else can we expect from you in terms of upcoming projects?

VP: “I do have a music video for ‘Desert Rain’ that was released by CMT. It premiered in Times Square which was awesome! I have some exciting shows in the works here and abroad that I’ll be able to announce soon!”

CSC: Do you have any goals for the rest of 2022? What’s one thing that you would like to achieve this year?

VP: “2022 has been the most amazing and fulfilling year for me yet to be honest. From my partnership with CMT, to playing a festival in Europe, to my music videos being played in Times Square…I think the only thing that could top it is getting signed!”

CSC: Since we’re Celeb Secrets Country, can you share a secret behind making your EP “Frontera” that we wouldn’t know just by listening to it?

VP: “I didn’t start with the name ‘Frontera’ for the EP when writing these songs. They were just the songs of my heart and all happened to be centered around the idea of Frontera which means “Border” in Spanish. It clearly shows where my heart is at.”

LISTEN TO “FRONTERA” BELOW: 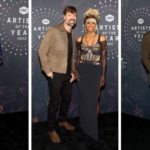 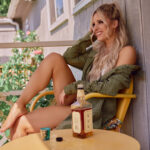