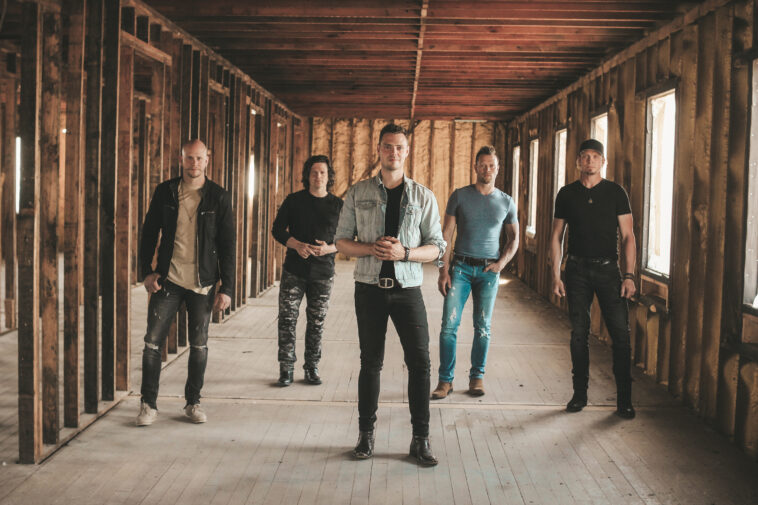 There’s no better way to kick off summer than with a list of new, feel-good songs. Luckily for us, the Hunter Brothers are making our search easy with the release of their new single “Peace, Love & Country Music.”

“This song is a mantra we want to abide by – not only right now, but also in the days moving forward. While division can be a common thing coming out of stressful seasons like the last two years, we want to build others up, and see kindness thrive,” the band tells CS Country exclusively. “We hope that the lyrics and feel of this song spread positivity. At the end of the day, we hope it infuses feel good times into the listeners daily routines, and picks the mood up in any room.” 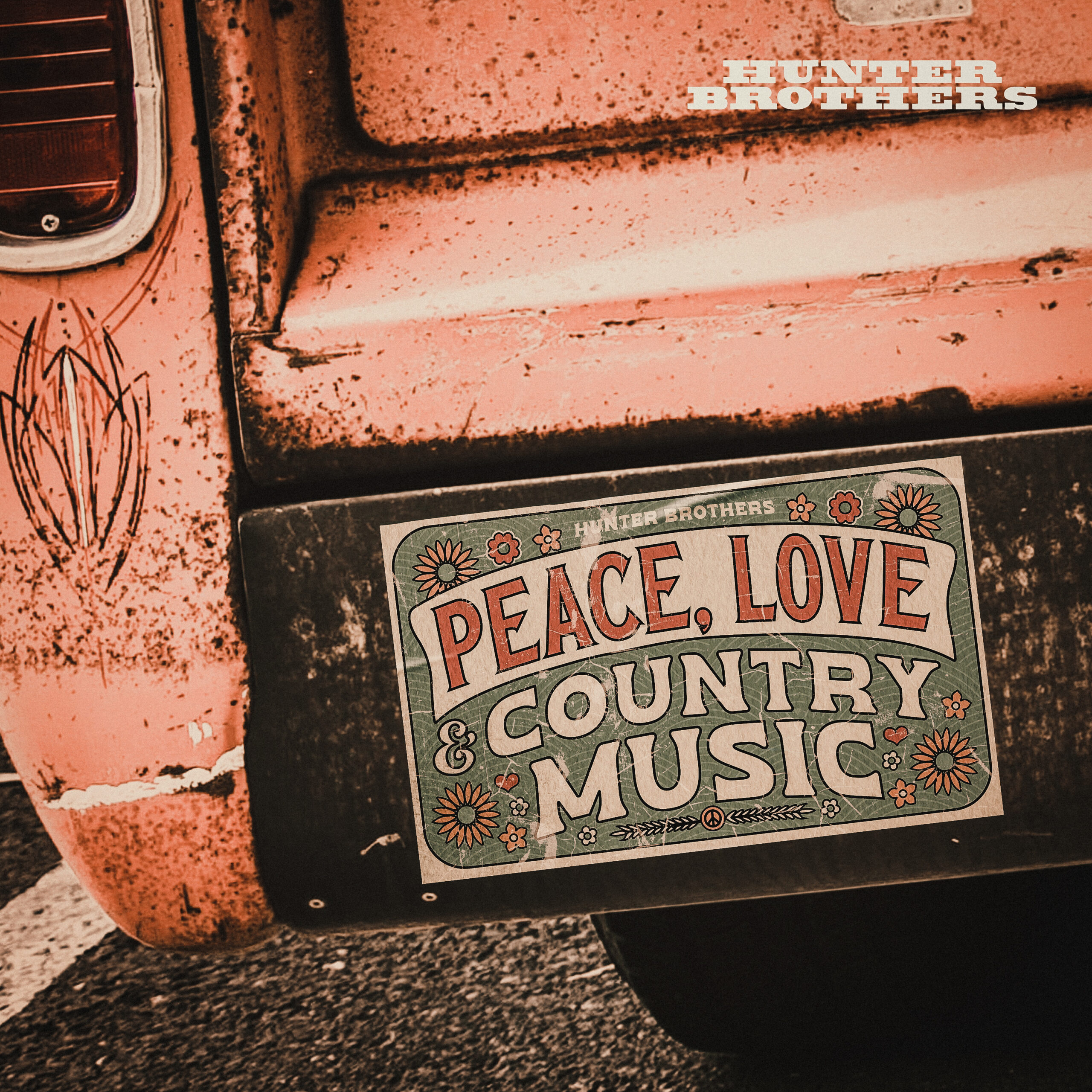 The song, which you can stream below, marks the band’s first Canadian country radio single of the year. Calling the opportunity “rewarding,” the guys are excited to see the song climb the charts as its  concept is a message from the heart.

“It is always rewarding releasing a song to radio. It can be daunting at first because you don’t know how it will ultimately be responded to. But at the end of the day, if it’s a message from the heart, and you want it to be out there, it will find its course,” the band said.

To celebrate the release, the guys launched their own Peace, Love & Country Music Week, where they encouraged their fans to spread “peace, love and country music” through random acts of kindness. After receiving a ton of positive feedback, the Hunter Brothers hope that their initiative can spark “a movement to encourage people to look out for their fellow humans.”

Up next for the band is a string of summer tour dates throughout Canada, which kicked off on Saturday (June 18) in Steinbach, MB. “We are SO PUMPED to be playing live shows again,” the guys said with excitement. “It’s going to be a busy, but very rewarding summer.”

Keep scrolling to read our full Q&A with Hunter Brothers and don’t forget to let us know what you think of “Peace, Love & Country” by either leaving a reaction at the bottom of the post or by sending us a tweet at @CS_Country.

Celeb Secrets Country: Congrats on the release of your new song “Peace Love & Country Music!” How does it feel to finally have this track out for fans to listen to?

Hunter Brothers: “We are SO excited to finally be releasing new music, and this track, into the world. We want this to be an anthem of positivity for all who hear it.”

CSC: While the title pretty much explains it all, what can you tell us about the song in terms of its concept and meaning?

HB: “This song is a mantra we want to abide by – not only right now, but also in the days moving forward. While division can be a common thing coming out of stressful seasons like the last two years, we want to build others up, and see kindness thrive. Uniting around concepts we can all get on board with is so important in today’s day and age, so let’s spread peace and love. While music tastes can be subjective, we think everyone’s soul can use a little more country music!”

CSC: Can you share any moments from the writing and recording process?

HB: “The energy around this song when we wrote it was undeniably positive. The feet hit the right side of the bed, and everyone came with their head in the game. After discussing the challenges of the world, we quickly pivoted to talking about how we could sing about something that all would agree on, and everyone agreed in the room that day. It was one of the easiest writes we have ever participated in because of that.”

CSC: How are you keeping the group’s signature harmonies on this track?

HB: “We always put lots of harmonies on our tracks. It’s a Hunter Brother group signature.  It wouldn’t be an HB track if it didn’t have harmony!”

CSC: Perfect for summertime, what do you hope fans take away from listening to the song?

HB: “We hope that the lyrics and feel of this song spread positivity. At the end of the day, we hope it infuses feel good times into the listeners daily routines, and picks the mood up in any room.”

CSC: Being that it’s the perfect seasonal anthem for BBQ’s, parties and more, what’s the dream setting you had in mind while making this track?

HB: “There are a couple locations that seem to stand out when listening to the track. They are actually both in the first verse. ‘On the back of a truck, parked in the field,’ and “the front of a boat, with a rod and a reel.’ Ultimately though, people can listen wherever they are!”

CSC: We know that the track is your first Canadian Country Radio Single for this year. How does it feel knowing that your hard work will be put out on radio waves this summer?

HB: “It is always rewarding releasing a song to radio. It can be daunting at first because you don’t know how it will ultimately be responded to. But at the end of the day, if it’s a message from the heart, and you want it to be out there, it will find its course.”

CSC: Last week, y’all celebrated the release with a week-long initiative. Can you talk to us more about that and the feedback you’ve been receiving so far?

HB: “We have encouraged listeners to participate in random acts of kindness for ‘Peace, Love, and Country Music Week.’ This can look like buying neighbors or co-workers coffee, holding the door open, or making a call to a friend. Regardless of what it is, we would love to see them documented, and we will be giving out a free merchandise pack to someone who participates. Hopefully this starts a movement encouraging people to look out for their fellow humans. People are really enjoying the week, and we look forward to seeing all of the interactions that happen!”

CSC: Is “Peace Love & Country Music” a taste of what we can expect from your upcoming releases, if there are any?

HB: “Our upcoming releases each tell their own story. They are all a chapter out of the Hunter Brothers narrative that we are excited to share. For instance, ‘All Night‘ is a country rock song that we have wanted to write for a while to commemorate our hockey roots with an anthemic feel. ‘Peace, Love & Country Music’ is the statement we want to make leading into the next chapter because it’s a message we want to spread, and it’s a more creative way of stating the ‘faith, family, farming’ mantra that people have come to know us by. The next chapters are really exciting for us. While I can’t go into too much detail, there are some songs that we are more excited to release than ever before! What I can say is that they really speak to our roots in agriculture.”

CSC: What are some career goals you’d like to achieve this year?

HB: “We are hoping to record more music, including many more songs for our upcoming project, Christmas music, and plan for touring dates in 2023. We also have some fun social content coming everyone’s way!”

CSC: We know that you are going on tour this summer – how exciting is that? Can you touch more on your upcoming dates?

HB: “We are SO PUMPED to be playing live shows again. We are going to be traveling to Nova Scotia, Prince Edward Island, BC, and many places in between. It’s going to be a busy, but very rewarding summer!!”

CSC: Since we’re Celeb Secrets, what are some secrets from making the song that people wouldn’t know just by listening to it?

HB: “Ooooh specifically song related? One that comes to mind is that I (Ty) have been wanting to put a choir on a song for 5 years or so. This seemed to be the right track to put one on!

We used to incorporate key changes into our songs when we sang gospel music. This is the first time we decided to throw one into a country song, and it works! It was something that I don’t think we anticipated doing in our career but it does give the song a unique lift, and tips the hat to our upbringing.” 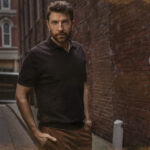 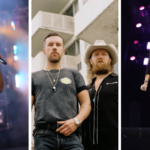