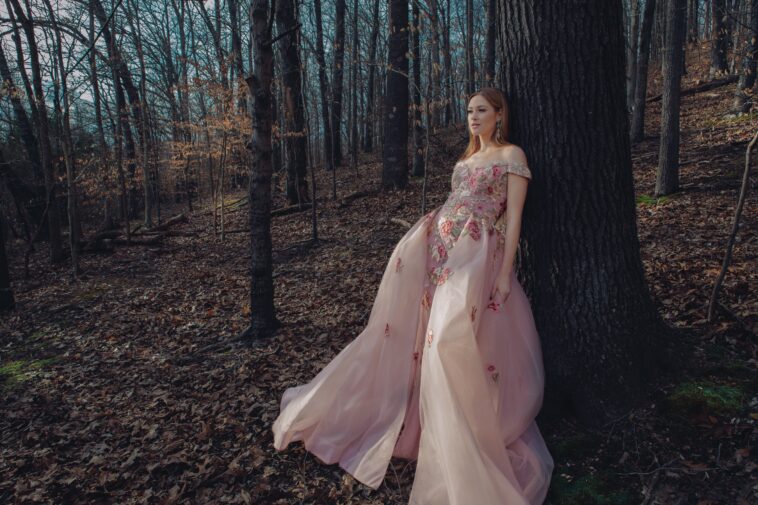 Love songs and breakup anthems have always been known to flood the music scene. Turning heads with her new track, country music songstress Sarah Ryder has given fans a song with a not common enough theme.

“Woman” honors the women in Ryder’s life who she holds close to her music-filled heart of gold. Turning the page on writing about relationships and love that is lost, Ryder has poured her talents into paying homage to female figures who mean the most to her.

In an exclusive interview with Celeb Secrets Country, Ryder shares which women in her life led to such a touching track.

“…This was definitely written with some pivotal women in my life in mind for sure,” said Ryder. My cousins, my mother, and some of my best girlfriends specifically. The timing of when I wrote the song was out of true love and appreciation for these ladies and amazing women all over the world who inspire me.”

Giving a taste of just how much this female force means to her, Ryder told us that the message the song sports has meant even more to her post writing it.

“…Since its inception I have been through some hardship personally and the song has never rang more true to me even more so than before,” said Ryder. “It’s actually tough for me to get through singing the song when performing it live these days because I am just so grateful and lucky for my tribe who has had my back.”

And while Ryder has shared that the song is a hard one to get through while performing live, we promise the song is anything but hard to listen to. Ryder’s incredible voice and passionate lyrics take this track to the next level of replay-worthy.

As of today (September 10), fans can appreciate the women in their life not just by listening, but by watching. Ryder has released an epic music video to accompany this empowering single.

The video’s visuals are what dreams are made of, literally. Ryder shared with us that the vision for the video came to her in a dream.

“I actually dreamt of the idea,” said Ryder. I called and spoke with director Sean Hagwell and he agreed it seemed like a cool concept. If Sean agrees, then you know it’s ok! He is a cinematic and artistic genius who I totally respect.”

Check out the full Q+A with Sarah Ryder below. Not only does Ryder share some behind-the-scenes details on the music video for “Woman,” she also gives us some insight on what upcoming new music is yet to come!

Check out the full Q&A below and don’t forget to let us know what you think of “Woman” by either leaving a reaction at the bottom of the post or by sending us a tweet at @CS_Country.

Celeb Secrets Country: Congratulations on the music video for “Woman.” I know that you wrote the song to pay tribute to the women in your life who have helped you along the way. Was there any one woman or women in specific who inspired you the most while writing this song?

Sarah Ryder: “Thank you so much, and thank you for showing the song some love!! This was definitely written with some pivotal women in my life in mind for sure. My cousins, my mother, and some of my best girlfriends specifically. The timing of when I wrote the song was out of true love and appreciation for these ladies and amazing women all over the world who inspire me. However, since its inception I have been through some hardship personally and the song has never rang more true to me even more so than before. It’s actually tough for me to get through singing the song when performing it live these days because I am just so grateful and lucky for my tribe who has had my back.”

CSC: This song sports a different theme than previous releases. Which you have said to have written mostly about love or heartbreak. Will you be planning to expand out of those themes more with your future music?

SR: “Yes, I certainly hope to do so and have so much to write about outside of that realm of relationships, however, I have a bit more to say on the topic of love coming up soon! I find there are so many facets and seasons that love presents. In the last couple of years personally and in the lives of those close to me, there has been so much intel and fodder surrounding the topic of love that it has been impossible not to write about it.”

CSC: The song was produced by Johnny Garcia! What was it like working with him?

SR: “Working with Johnny is like working with family. He has been a huge blessing in my life and I appreciate him for everything he has taught me and continues to create with me. He has a lot of hilarious stories from touring too!”

CSC: Now Garcia has worked with Trisha Yearwood for many years, do elements of her music inspire you?

SR: “Oh absolutely. I think Trisha Yearwood is a queen among the country queens. I respect her talent and art so much, she has always been an inspiration.”

CSC: Are there any artists, aside from her, that inspire your sound or craft?

SR: “I have been a Brandy Clark fan for a long time. I love the honesty in her voice and in her songs. There’s a long list of those I admire but to name a few, George Strait, Miranda Lambert, Eric Church, Brothers Osborne, Chris Stapleton, Caylee Hammack, Loretta Lynn, The Highwomen, Dolly Parton…there’s a lot!”

CSC: Where did you find your inspiration for the music video?

SR: “I actually dreamt of the idea. I called and spoke with director Sean Hagwell and he agreed it seemed like a cool concept. If Sean agrees, then you know it’s ok! He is a cinematic and artistic genius who I totally respect.”

CSC: When viewers get to see the video for the first time what is it that you want them to think or feel?

SR: “I hope the video makes women feel seen and understood. Women are amazing. They handle the weight for so many emotionally, all while handling business themselves. If each person who hears this song would think of a lady in their life that they want to tell out loud how much they appreciate, that would make my day! You just never know who needs to hear that they are doing a great job in that very moment.”

CSC: Beyond this track, can we anticipate any other new music this year?

SR: “Absolutely, we have quite a bit in the works and I have been very busy over the last year. There is so much I cannot wait to share!”

CSC: And since we are Celeb Secrets, is there a behind-the-scenes secret from shooting the music video that we wouldn’t know just from watching?

SR: “Behind the scenes as you can see I wore heels and a gown through the woods, and those woods were in Edwin Warner Park here in Nashville,TN. Those who were passing by did stop and stare and I don’t blame them, I haven’t seen anything like that myself either haha! Another fun fact people may not realize is that when you are watching slow motion footage, it’s actually filmed at what feels like lightning speed. So basically I was singing the song which sounded like the Chipmunks at that speed and had to sing along quickly, which proved to be hilarious and challenging, but we got it done as best we could (laughs).” 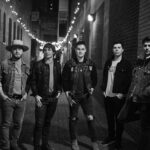 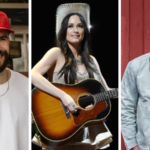