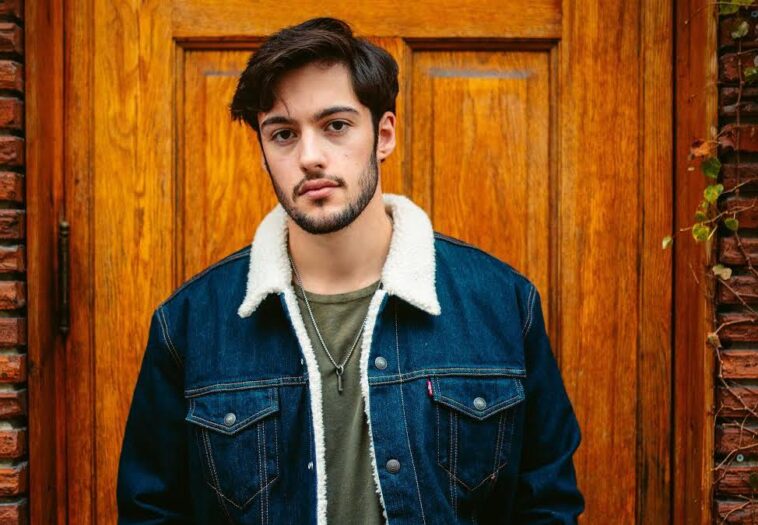 Turning 21 is something you’ll never forget, and Garrett Jacobs commemorated the milestone by releasing his brand-new single “Into The Bar” today (February 26).

With a storyline about being young and in your 20’s, and reaching for the higher level of freedom that comes with turning 21, Jacobs says that “Into The Bar” is the first song that has anything to do with alcohol.

“It’s definitely something new,” he tells Celeb Secrets Country in an interview. “This song isn’t actually about drinking, it’s about community and feeling like you belong somewhere and you’re not by yourself. So I’m really excited for people to hear it because that’s how a lot of people feel right now. Everybody has felt that way when they were young and couldn’t get in. And when we wrote this song we didn’t know quarantine was going to happen. So now because quarantine has happened everybody knows that feeling like, ‘I just want to go out and hang out.'”

“Into The Bar” was co-written by Garrett, Jordan Walker and Jacob Davis and follows his previous release “Young Love.” Currently working on new music, Celeb Secrets Country sits down with the 21-year-old to learn all about the new song, how he’s been staying busy in quarantine and what we can expect from that new material soon. He also talks about the importance of community and the feeling of belonging along with his experience as a finalist on American Idol.

Be sure to give Garrett Jacob’s new single “Into The Bar” a listen and don’t forget to read our full Q&A below. If you like “Into The Bar,” you can leave a reaction at the bottom of the post or connect with Garrett on Instagram at @garrett.jacobs.

Celeb Secrets Country: Can you talk to us about your new single ‘Into the Bar’? How did the song come to be?

Garrett Jacobs: “I was writing with my buddy Jordan Walker and Jacob Davis on a Friday and we finished the write, it was a good song, and he looked at the other guy and was like, ‘You wanna go get a drink?’ And I was like, ‘Yeah guys I would come but I can’t get into the bar’ and then the lightbulb goes off. He’s like, ‘Would you sing a song called ‘If I Could Get Into the Bar’?’ and I was like, ‘Yeah if we write it right.’ So literally he had that next Monday open and he scheduled a write with him and Jacob Davis and we came together and basically wrote the song from the perspective — of me being 18-20 years old up in my Nashville apartment wishing I could go hang out with everyone else.”

CSC: What about the song are you most excited for people to hear?

GJ: “This is the first song I’m putting out that has anything to do with alcohol so it’s definitely something new. This song isn’t actually about drinking, it’s about community and feeling like you belong somewhere and you’re not by yourself. So I’m really excited for people to hear it because that’s how a lot of people feel right now. Everybody has felt that way when they were young and couldn’t get in. And when we wrote this song we didn’t know quarantine was going to happen. So now because quarantine has happened everybody knows that feeling like, ‘I just want to go out and hang out.'”

CSC: Do you have any other exciting things you’re working on or that we can expect to see from you in the near future?

GJ: “Right now we’re definitely single focused but I’m not stopping anytime soon so you can definitely expect more from me in the coming year. I’m always writing songs so I’m always wanting to put them out.”

CSC: Can you talk about your other recent single “New To This?”

GJ: “That song is really special to me. That’s actually the second song I’ve ever written in Nashville. I’d actually been talking to a girl back home and ended up having to break things off with her and the next day we had that write and we walk in and Jason Duke goes, ‘I have this title ‘New To This’ and I was like, ‘Alright everybody sit down I know exactly what we’re writing about!’ Every single emotion I had at the time just poured directly into that song so it’s definitely one that’s close to my heart.”

CSC: You were a finalist on American Idol in 2018. How was your experience the show and how did it help shape your music career?

GJ: “If I could say one thing about it, or describe it in one word, it would be eye opening. I was basically a senior in high school when I went on the show so I missed my entire spring semester of high school with baseball and went out there. And if anything it opened my eyes that music could be a career for me. It got me thinking about Nashville and that it wasn’t impossible. For my entire life it had been a huge dream of mine but I was like, ‘well that’s never going to happen so I guess I’m going to go to college and be a physical therapist.'”

CSC: Have you picked up any other talents or hobbies with the downtime we’ve had during the pandemic?

GJ: “Well music is basically everything that I do but I have learned new things within that. Like I got a producing setup and I’m trying to learn how to make tracks and everything for songs that we don’t have a track guy on. So I’m working on making it sound better but I actually made some that don’t suck.”

CSC: Since we’re Celeb Secrets can you tell us a behind the scenes secret about ‘Into The Bar’ that fans wouldn’t know just by hearing it?

GJ: “One secret is there’s a line in it that says ‘sippin’ double whiskey’ and the reason I have whiskey in it is because whiskey is my drink of choice. If I’m drinking it’s probably Basil Hayden and it’s just because it reminds me of my dad. When I’m home we just sit on the back porch and watch TV and drink whiskey and talk.” 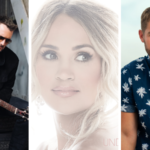 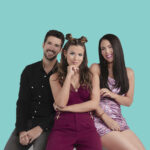